Your Questions Answered and March 2018 Update

Thanks for indulging me and taking the time to watch the last few episodes about Digital Mobile Radio. DMR is one of the hot new VHF/UHF digital modes and is gaining popularity due to the supply of inexpensive DMR handheld radios. But it’s not without its challenges as the DMR specification was created for commercial and not necessarily amateur use. But ham radio operators are a resourceful bunch and I encourage you to check out DMR if you are interested in digital radio.

Of the three videos, the third on on DMR hotspots seems to be the most popular. I’d like to thank Mike, KC9ZJF, for giving me the guidance in picking the Raspberry Pi and Pi-Star software for my hotspot. He’s been running a D-Star hotspot for quite some time, so his advice was very helpful. But from that video, I received the question: Did not notice in the video, if you mentioned the range this hotspot has.

I didn’t mention the range as that can be a bit subjective. But I’m using a duck antenna from an old HT and my hotspot sits on the first level of my home. I can easily get all the way around the block. At about 500 feet away, I started to hear a few dropouts. This is in a residential neighborhood. So I’m going to say that 500 feet is a very acceptable distance for this device.

In How to build a DMR Codeplug, Benjamin writes: Have you checked out the Chicagoland network of DMR repeaters? I think there’s one in your neck of the woods and there are a lot more talk groups without the hassle of connecting to reflectors.

When I made the video, I hadn’t tried the Chicagoland system, but since then I had the chance to check it out. Chicagoland is on the Brandmeister System and they treat talk groups a little different than DMR Plus. The nice thing is that you don’t have to connect to a reflector, per-say, you can just change the talk group number and bingo, you are talking. So yes, the Chicagoland system is very nice and thanks for the recommendation.

I guess thanks in a small part to Motorola, who has its headquarters there, Chicagoland and the Lake Michigan North Shore have a prolific amount of DMR repeaters.

Also from that video I received a couple of comments concerning an error I made programming the offset in my repeater channel. If you watch closely, I entered a 6Mhz offset instead of 5 Mhz. I’ll be the first to admit that I’m not a math person, I took a foreign language in college instead of calculus, but thank you to the observant few that caught the error.

In my first DMR video, which was the review of the Retevis RT82, the most comments I received were on the track ball on the radio. One person mentioned that ‘the only reason I’m not interested is cuz of the scroll ball.’ and another comment mentioned “this radio reminds me of the TYT-MD-2017. It took me a while to used to the trackball.” 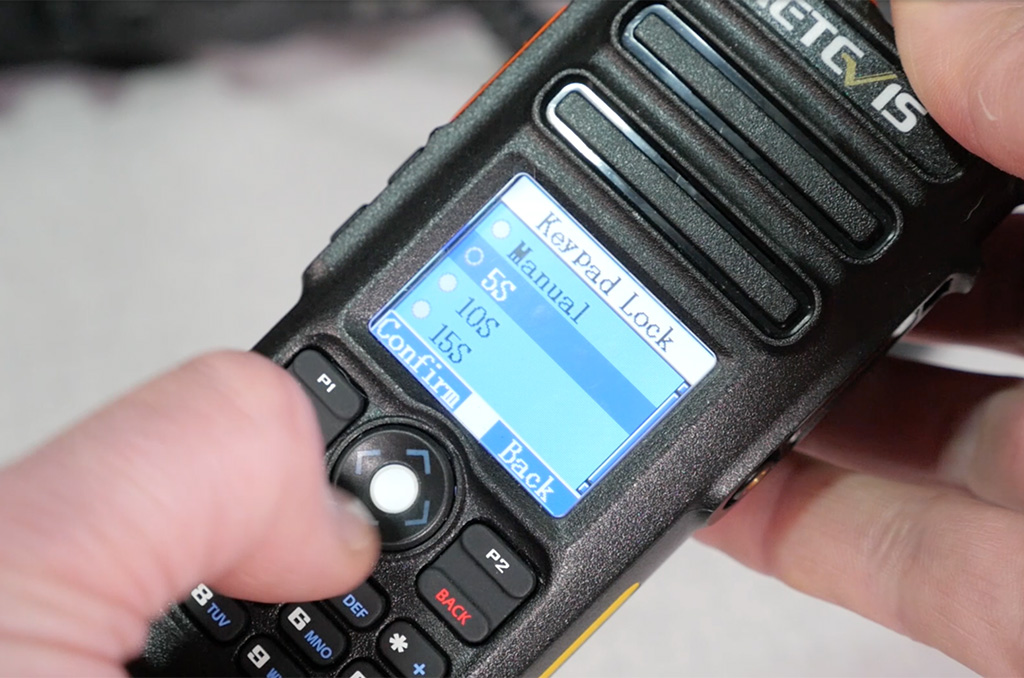 After using this radio, I’m not totally sold on the track ball idea. Here in Northern Wisconsin its still winter and my hands are constantly dried out. I find the trackball difficult to operate with dry hands or with gloves on. The good news is that you can remap the side and top buttons to carry out the same activities as the ball, so you can avoid using it. I also have the habit of bumping the knob, so I’ve taken to the habit of locking the keypad. the Retevis has an automatic keypad lock with a 5 to 15 second timer. That’s a very nice feature and I wish more radios did that.

Thanks for the questions, I really appreciate them. Please keep them coming.

Now for something a little different, you may have seen the recent article about the ARRL asking the FCC to expand HF privileges for Technician licensees. I recommend you read the entire article, but in a nutshell the petition asks for limited phone privileges on 75, 40, and 15 meters plus RTTY and digital mode privileges on 80, 40, 15, and 10 meters. This is a result of the recommendations put forth by the ARRL Board’s entry level license committee.

I get what the ARRL is doing. The modern Technician is an amalgamation of the old Novice and Technician licenses. The Technician exam is HF heavy for the amount of meaningful HF privileges you receive. Adding HF phone and digital to the Technician license brings the license class in line with the common expectations of what is done on HF. Face it, CW on 15, 40, and 80 is not enticing Techs to HF.

That being said, I think there are two choices here. Either the Technician exam needs to be simplified to reflect the actual use of the license class. Or, as the ARRL proposes, Techs should have phone and digital on the bands that have traditionally offered Novice access. So, I’m going to go along with the league on that one and throw my support towards expanded Technician privileges.

But don’t hold your breath on this. Petitions are made to the FCC all the time and more often than not they are dismissed or don’t gain any traction. The current FCC leadership doesn’t seem to have much of an interest in amateur radio, so I really don’t think this issue will go anywhere.

What are your thoughts? Should the Technicians be offered expanded HF privileges? Why or why not? I’d love to hear your opinions.

Finally, coming up will be my long awaited review of the Wolf River Coils Silver Bullet 1000 coil. I’ve been using the coil for the last two months, the tripod is also frozen to the ground, so it’s not going anywhere till Spring. 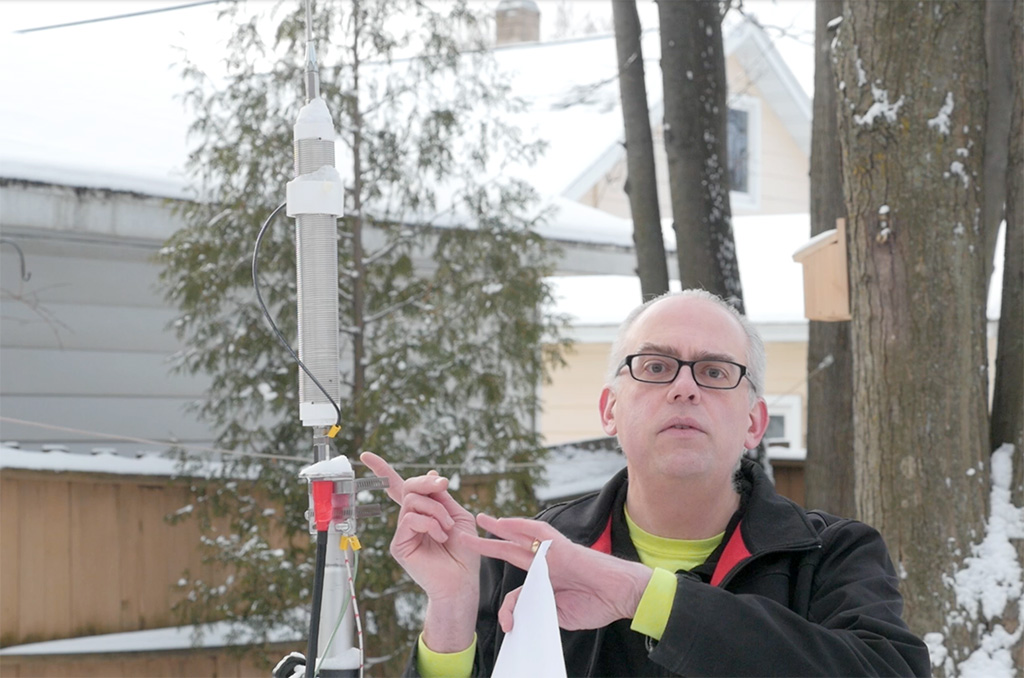 This coming Sunday March 11 is the annual Wisconsin QSO party, so I’ll be on the air with the coil. If you are around on Sunday, take a listen for KB9VBR. Depending on band conditions I’ll be on 40 and 20 meters phone during the day and will drop to 75 meters later in the evening. Full details and rules for the QSO party can be found at WARAC.org.