Radio Shack: that ubiquitous technology store that we all love to hate. How many disparaging names have you used to describe the place: Rat Shack, Radio Scrap, Radio Crap, etc. . . I’m sure there are many more. But the bigger question is, how will we fill that void.

This week it was announced that Radio Shack has filed Chapter 11 bankruptcy. The 94 year old business plans to sell 1700- 2400 of its stores to Sprint and then close the remainder of the 4,000 locations. The chain which had only a handful of stores in 1960, grew like crazy in the 70’s and 80’s as it rode the technology and personal computer wave. But with the rapid popularization of cellular communications, and commodification of technology, the Shack lost it’s way and had been struggling since the advent of the 21st century. 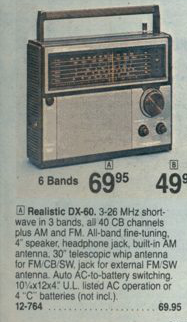 For many of use, Radio Shack was the entry point that led us into he amateur radio, short wave listening, and radio scanning hobbies. It certainly was for me. My first radio was the DX-60 shortwave receiver. It was a Christmas present and I was about 11 or 12 at the time. I enjoyed tuning up and down the shortwave bands, listening to Voice of America and the other International broadcasters. At the time I even checked out a book from the library on the Novice test, but didn’t get any farther than that.

About that same time I was bit by the computer bug, our family owned a whole raft of TRS-80 computers: Model III, Model IV, the Color Computer, and a couple of their early PC compatibles. I’d make trips to the local Radio Shack downtown to play the the demo machines, before the salesman kicked us out. I was even a member of the ‘battery of the month club’ picking up my free battery along with my periodic visits.

Fast forward to the late 90’s when I purchased my first handheld scanner. A Radio Shack Pro-29. I still have it, although it’s seldom used as the public safety bands have gone digital. Using the scanner to listen to police and fire led to using the scanner to listen to 2 meters, which led to me getting my license. Long story short, [pq]I would have never become a ham if it wasn’t for Radio Shack.[/pq]

I’m sure there’s countless other hams that can recount the same story- how Radio Shack was their access point to this wonderful hobby. I’ve bought so many things from the Shack, I can’t even begin to count them all. Unfortunately time and changing technological focus has caused the Shack to lose it’s way. I knew the writing was on the wall back around 2000 or 2001 when our local store drastically reduced its inventory in electronic components. Then within a year or so, they stopped selling amateur radios, and now you’re lucky if they have one or two scanner models on display behind the counter.

The maker movement could have been the store’s savior. Radio Shack used to by a DIY mecca and within the last year, electronics kits and Arduino boards made an appearance. But the damage has already been done, and the chain could no longer stave off the inevitable. 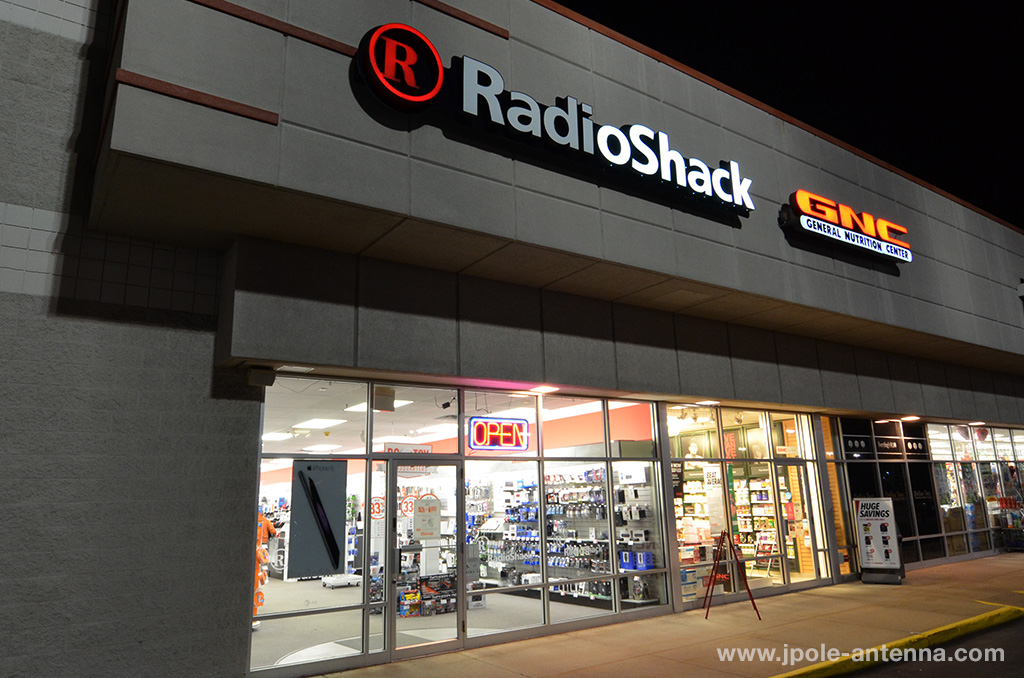 It only makes sense that of the 4000 Radio Shack stores nationwide, the majority are going to be turned into Sprint stores. The first half of the store was full of cell phones anyway. Just open up the back door and throw out all the cables, adapters, kits, and parts. That little bit of extra space will make a nifty demo area for the next great handheld wireless device.

I’ll miss the ol’ Shack. It was my go-to place for a quick part or adapter. I knew that I could refer customers to Radio Shack for adapters or cables because a Radio Shack could be found in most larger communities. The store closings are an end of an era, and I’ll miss them dearly. Now if I may, please excuse me while I page through some old Radio Shack catalogs.

Do you have a Radio Shack memory? Please share it in the comments below.