Last weekend we received one of many of the winter storms we usually get this time of year. This one dumped about 6 inches of snow on us. So when I posted a picture of my Wolf River Coil in the backyard with the snow creeping up to it‚ Andy asked the following question:

Have you noticed the snow changing the tuning points? Mine has required me to tune “longer,” as the swr dip had moved after snow. A benefit is that I’ve had lower swr after tuning, than I did without snow. Maybe include this in a Q&A if there is a correlation between snow and the ground conductivity/swr?

That’s a really good question. We know that ground conductivity can affect the performance of your radial system. Different types of soil will offer different performance characteristics. If the soil is moist‚ the ground will offer better performance. For example rich moist soil has more conductivity than dry‚ hard‚ or sandy soil. And of course water has extremely good conductivity. That’s why if you are operating radio on the beach you’ll want to throw your ground radials into the water. But what about snow? Does burying your radials in snow make a difference? I thought I would do a couple of tests to find out.

Last November I set this Wolf River Silver Bullet 1000 coil in my backyard. The antenna is on a short fence post and I’m using three ground radials of 32 feet each in length. When I set up the coil I recorded some measurements with my Rig Experts antenna analyzer so I thought I’d take a new reading now to see if there is a difference. In order to make sure the collar is in the same position as my previous readings- I used this jig to readjust the collar. I made the jig last fall when i tuned the antenna so it was easy to go back to the same spot as my previous test. So lets go inside and see what the numbers say. 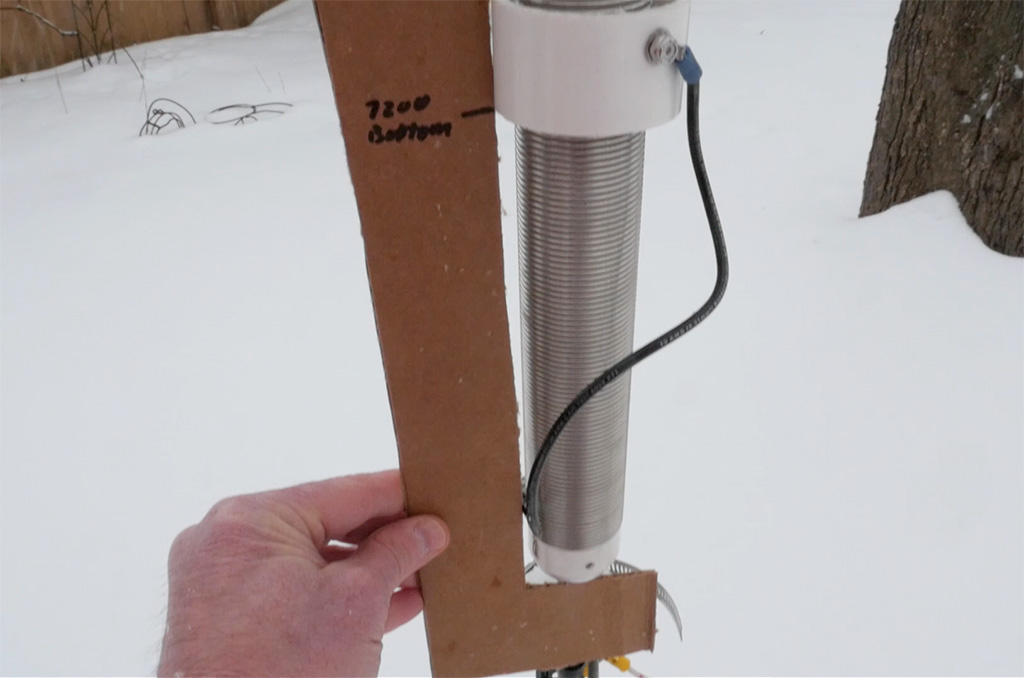 The premise is that the snow will cause the tuning to go long and it appears that may be the case- although in my case the amount is very slight. We can see between the two scans that the curve shifted a bit up in frequency and the SWR increased a little. But the SWR increase was slight and still under 1.5:1. Moving on to the impedance and reactance- both scans: the dry ground and snow covered ground are virtually identical. So even though there is a slight increase in SWR and shift of the resonance of the antenna‚ it is very small and in most cases you wouldn’t notice the difference. 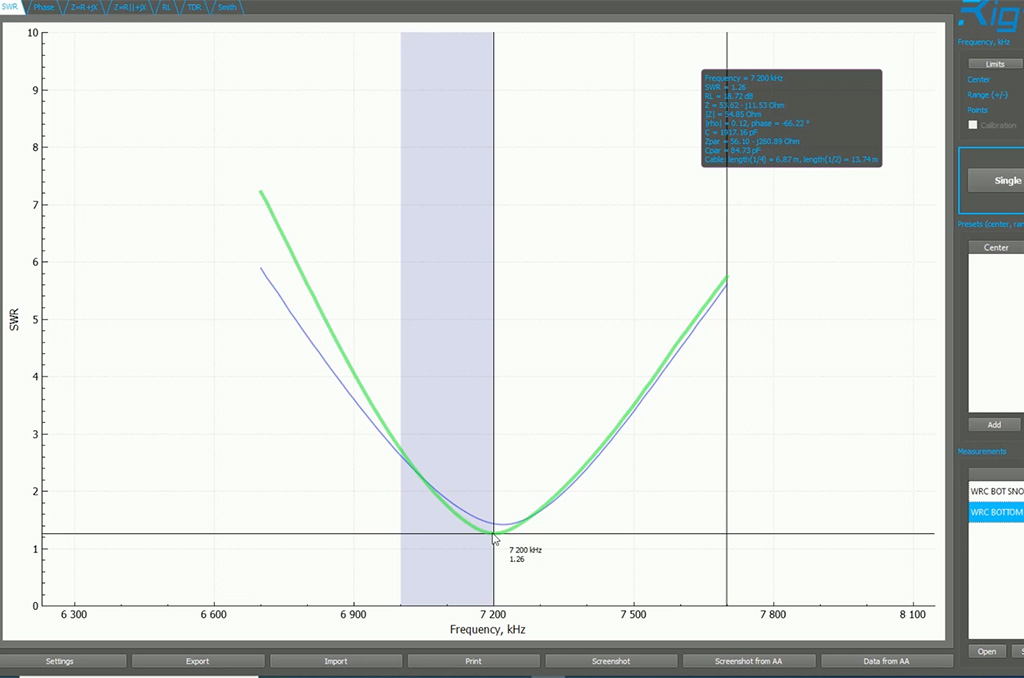 I tried searching for any research that would give me any explanation of what’s happening. My copy of the ARRL Antenna book wasn’t helpful as it had no information pertaining to snow. I found some anecdotal information in a few ham radio based forums and a mention in the ITU’s Handbook on Ground Wave Propagation that said: and I paraphrase: In some cases there may be seasonal variations in surface wave propagation- to freezing conditions where water becomes ice‚ or to thick snow cover where these may cause changes in the effective ground conductivity. All of these change may affect the intensity of the surface wave field. In particular such seasonal changes may result in a reduction in strength in summer. So snow could possibly enhance winter propagation- but I think there are too many variables in the type and consistency of snow that would make it difficult to reliably say snow increases propagation.

Now I will admit that my ground radials are made of insulated wire so the snow really isn’t in contact with the bare conductor of the radial. I don’t think this would make much of a difference though as snow‚ especially dry snow‚ is a poor conductor. So I think the bottom line is that the snow covering the radials doesn’t make much of a difference in the overall performance of the antenna.

So bottom line- Snow can affect your SWR and tuning and it may give you some ground wave propagation effect. But other than that‚ radio waves seems to be blind to its presence. Of course if your antenna’s radiators are iced up- this could be an issue; otherwise head outside and go play radio in the snow.

What do you think? Have you had a similar experience with snow covered ground radials? Am I off base in my assumptions? Leave a comment below. If you could link to some resources on this subject that I may of missed‚ that would be greatly appreciated. We’ll follow up on this in the next Your Questions answered video.