I’ve got a lot of ground to cover, so let’s dig in. In the recent video on the Chameleon Emcomm III antenna that myself and guest host Joe, KD9CJX, put together a couple weeks ago generated quite a bit of questions. All of them good. It can be difficult to cover every aspect of a product during a review, so a follow up with a bit more information is usually in order.

First off, Robert asks:  Does this one depend on a tuner more than a half wave end fed would?

SWR for us was around 2:1 and Chameleon states the SWR should be in the 1.4:1 – 2:1 range depending on band. With careful deployment you could probably use it without a tuner, and the SWR can be easily managed with an internal tuner if your rig has one. We used a portable external tuner, the MFJ-901B, to give us a good match for the radio. I think adding a small external tuner to your kit isn’t a bad idea as it gives you a bit of flexibility if the antenna isn’t giving you a good match. I use an old MFJ-945 that I picked up years ago at a hamfest. You can usually find them used for around $20. 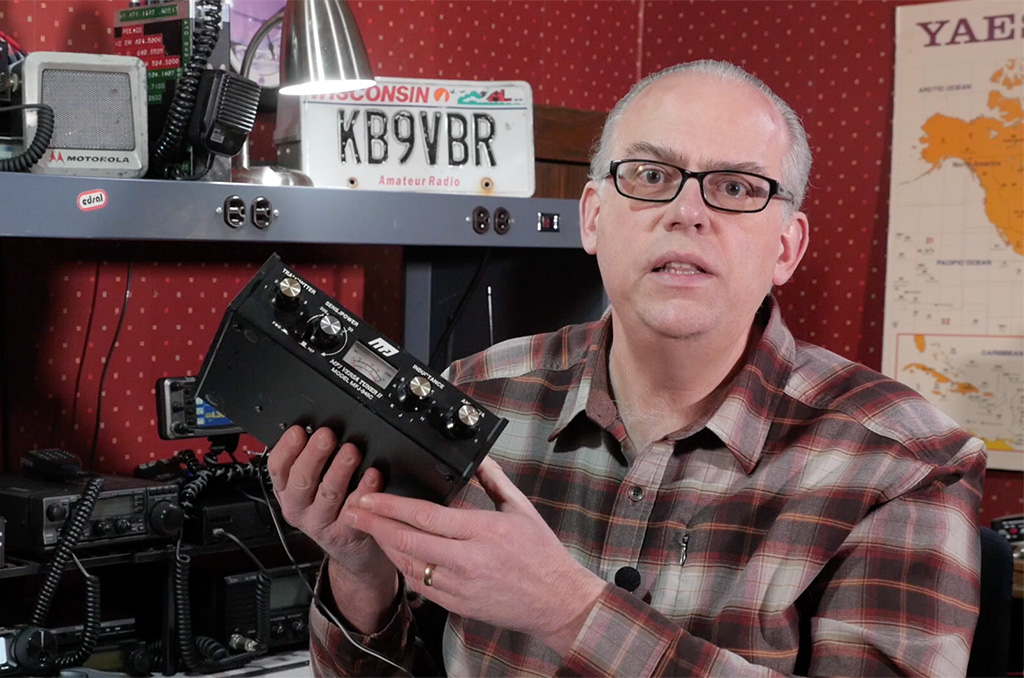 How well did it do nvis?

We did not test it as such, but Chameleon markets it as an NVIS antenna. We had the antenna up about 20 or 25 feet, which is a little bit outside the NVIS zone. One configuration you can do is an inverted Vee with the ends near the ground and the apex about 15 feet. Doing that would increase its NVIS characteristics and I think if we put up the antenna in that manner we would have heard a lot more stations closer to us.

Is there any concerns with tree branches touching the actual antenna as it goes to the tree?

I don’t believe so. The wire is insulated, so a branch touching it shouldn’t be a big deal. A couple of smaller branches were touching the antenna, but being wintertime, we had no foliage to contend with.

Throw the sling shot away!! I almost broke my fingers once! String got tangled and snagged something and 3oz weight hit me on top of my fingers! Thought it was broke but got lucky!

Yep, Sling shots can be dangerous and like any device that launches a projectile, you should observe proper safety precautions.

He then continues on with how he goes about launching an antenna line.

Water bottle with only a small amount of water and use fishing line. Mono filament. Both are slick so they slide better. I use 10lb then tie it to heavier string / cord. But put the roll of mono in a coffee can or bucket! That will save tons of headache. Plus lay the spool on its side so it will fall off and not have to spin the spool.

I use 200lb black trout line string. Once the heavier cord is over then attach antenna and hoist it. 20ft +-

For more height get a kids bow and arrow. Same procedure. 10 lb mono first otherwise the heavier cord will reduce its height. Plus I added some weight to the tip of the arrow by taping a couple large hex nuts to it. Sometimes the arrow isn’t not heavy enough to pull the string in some cases.

For even more height use a full size compound bow! I can clear a 90ft tree easy with it. =] Plus i use 20 lb mono filament. Then pull the 200lb cord. 10lb is borderline at those heights. Any snag will put 10lb at its breaking point fast! Ive even broken the 20lb actually but it usually works.

Thanks for the questions about the Chameleon. Keep them coming. Once it warms up and the snow disappears, I’ll be doing more portable operation, so I do plan to revisit this antenna.

with the display down low, two concerns……. 1) Its more distracting to look down than higher   2) Does the GPS lock up okay down lower? 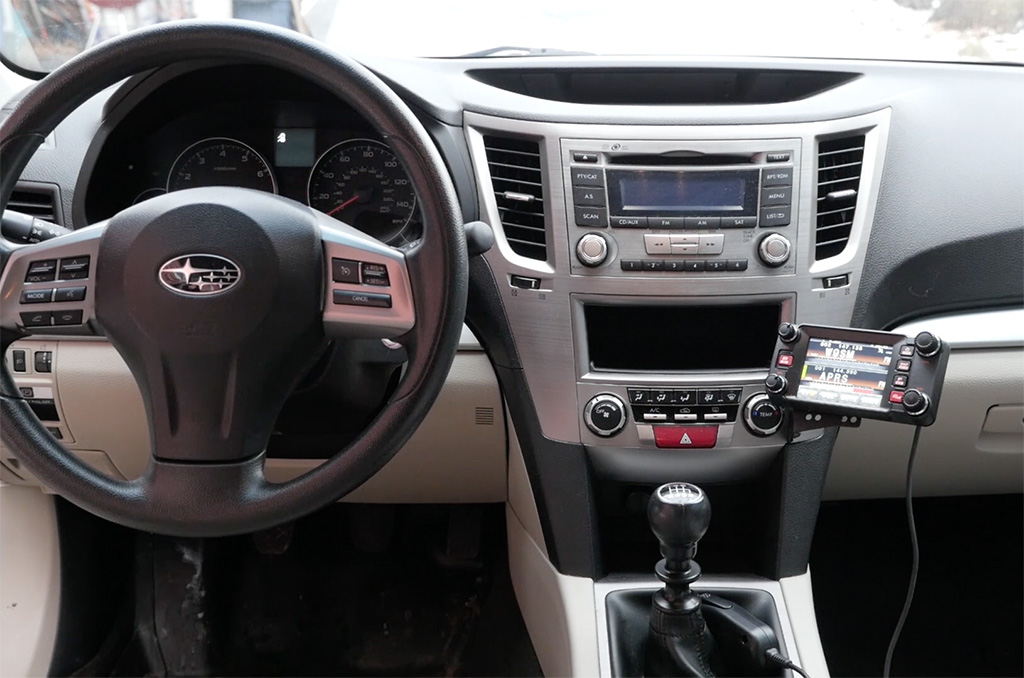 To a certain extent you are correct. Distracted driving is a important concern and mounting the control head within your eyeline, like on the dashboard will help keep your eyes on the road. But I’m not a fan of dash mounts as they can reduce your visibility or become a projectile during a crash. So I guess you’ll have to weigh those placement concerns when installing a radio. But in locating the head midway down, I find that I can give it a quick glance without taking my eyes off the road. Still, distracted driving is a serious concern and I’m not sure if there is any one location for a radio head that eliminates that risk. For your second point, I don’t have any issues with the GPS getting a signal lock in that space.

I also had a couple of unrelated comments about the wiring in the engine compartment. First off, it was mentioned that where I slit the grommet to get the power through the firewall should be weatherproofed. I agree with that and as it gets warmer I’ll put some silicone there to minimize water penetration. The second point is from Nick:

Nice job!  One recommendation…   You might think about getting some black “Split Loom” to put your power and ground wire in under the hood. Makes the wiring look much more factory. Add a zip every 12-18”. You can buy it at almost any car audio shop.

The split loom will certainly dress the install up and make things more professional. Basically split loom is a flexible tube with the slit down it that you use as a channel to protect wires from abrasion. I left the split loom off to illustrate the wiring path in the engine, but I will most likely go back when it gets warmer and add that bit of protection.

Have you seen any affordable APRS HTs? The Kenwoods are nice but very expensive.

There aren’t very many APRS integrated HTs. Kenwood’s D7A series and the Yaesu VX8R series are both out of production, and you can find them used. I bought my VX-8R over 10 years ago and I still use it as my APRS portable. Otherwise for new radios: the Kenwood TH-D72A, D74A, and Yaesu FT2-DR offer APRS out of the box. A fourth option that may be priced better is the Anytone AT-D878. It sells for a little over $200, and along with dual band DMR digital support, it can also do DMR-APRS and is analog APRS capable. Being a DMR radio, there will be a little steeper learning curve, but it seems to be priced right. I’ll see if I can get a unit in for testing.