Quality coax cable can be a significant investment for your amateur radio station. A common mantra is to save your money on the antenna and spend it on the coax. For a certain extant I would agree with that, as good quality coax cable will give you years of use and reduce your overall losses. It is also easier, later on down the line, to upgrade an antenna, than to spend the effort and money upgrading your cable system. But when operating portable, low loss coax can be heavy and unwieldy, and I find the best option is to use a more inexpensive cable.

In our recent portable operation for Winter Field Day, we hung up an end fed antenna in sub zero temperatures. The conditions were brutal and if we had selected a low loss cable, I’m sure we’d still be trying to unwind it from its frozen coil. But enough from me, here’s Joe, KD9CJX to explain more.

So a thinner cable, like RG-8X or Mini 8 is easier to wind out and shorter lengths of cable give you the flexibility to pick and chose the right overall length for your deployment. Just pack a handful of barrel connectors in your go kit so you can easily string the cables together. 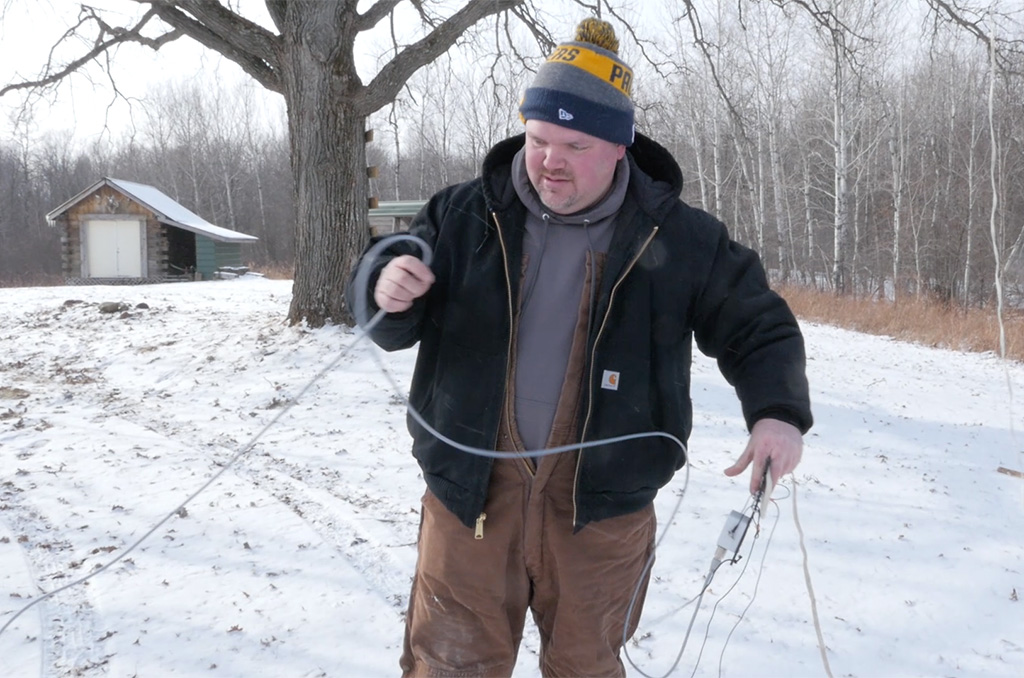 Let’s talk about it on a more practical term. Most HF transceivers have their S meters calibrated in 6db steps. That means a step from S-8 to S-9 signifies a 4 times power difference. So switching between RG-8X and a low loss cable will barely cause the meter to wiggle. And it certainly won’t affect the readability of your signal. Low loss cables, like LMR-400 can be about four times the cost of RG-8X, so the extra investment of cable isn’t worth the marginal gain in signal strength.

For HF portable operation, RG-8X is my first choice in cable. It’s relatively inexpensive and easy to work with, even in cold weather. Make yourself a kit with 3 or four 25 foot lengths and a few barrel connectors and you will be well on your way to putting together a cable for just about any HF deployment need.

What are your experiences with coax cable for portable HF operation. Please leave it in the comments below, I’ll pick out the best for my next Your questions answered video.