Build an APRS Fill in Digipeater

I’ve done a couple of videos on APRS, or the Automated Packet Reporting System. APRS is a tactical real-time communication system to share location information and short messages. It can be really handy for tracking vehicles and other assets during events like parades, rides or walkathons. But if you are using a low powered APRS tracker, like this handheld radio, you may not be able to reliably get into the wide area digipeater. So in this video I’m going to show you how you can use a spare 2 meter radio and TNC to build a fill in digipeater that can be deployed during special events.

First off, If you are new to APRS, I recommend that you read my introduction article first so you have a better understanding of the Automated Packet Reporting System. I also have another article on APRS SSIDs, Paths, and beacons that will give you more background information.

To start off, the fill in digipeater basically consists of a TNC, I’m using a Kantronics KPC-3, although you can use any TNC-2 compatible unit, a 2 meter mobile radio- this one is a hamfest special that I picked up quite a few years ago, and a control cable from the TNC to the radio. The instruction manual for the TNC will have the pinouts for common transceivers and there are also websites online that have the instructions for building a TNC to transceiver cable. For portable use I usually plug the whole thing into a 12 volt AGM battery. 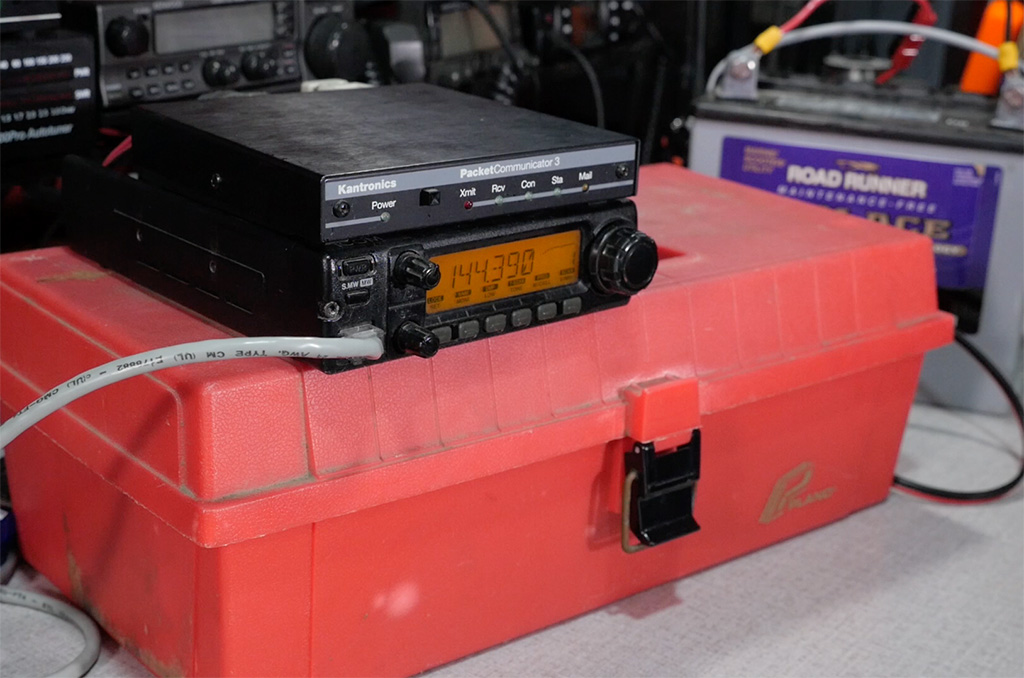 To program the TNC, there are about 7 commands that you will need for the TNC to digipeat. We are going to set this digipeater to only repeat packets that have the Wide1-1 designator in the first position of the path. So it will ignore all other packets over the air. To do that, you will need to connect your TNC to a terminal program. I’m using an application called Real Term, but there others out there. Since the computer only has USB ports, I also have a USB to serial port adapter. Mine has blinking lights on it so I know the connection is being made.

To set the TNC, start up the terminal program, and set it for the baud rate and port your TNC is on. Most TNCs interface with the computer at 9600 baud, No stop bit, 8 data bits, and 1 parity bit. If the settings are correct, you’ll see the TNC welcome message on your terminal screen when you turn the power on.

Now for the settings, I’ll have a copy of the settings in the video description but you will first set Mycall to your callsign, and then set Myalias to wide1-1. The myalias string is the path designator that the TNC will listen for, so we will only want it to digipeat Wide1-1 packets. Next set your btext, or beacon text. This is the latitude and longitude, icon, and station type of your beacon. The latitude and longitude should be in degrees, minutes, and decimal minutes. Change them for your location but leave the rest of the string the same. Next tell it to beacon once every 10 minutes, which on the Kantronics will be Beacon E 60. Then we finish up with a couple of housekeeping commands, set the unproto to APN382, this is the designator for Kantronics models, HID to off, and Digi to On to start it digipeating. That’s it. the unit is ready to go. It will remember the commands when you turn off the power, so you can disconnect the serial cable and put the TNC back into the box.

So the way the fill in digipeater works is that it will listen to the APRS channel and if it receives a packet with a Wide1-1 as its first designator, it will digipeat the packet. The packet will then be heard by the wide digi and retransmitted a second time. As you can see, using my HT in the shack here, my packets are being retransmitted by the fill in digi and transmitted a second time by the wide digi. 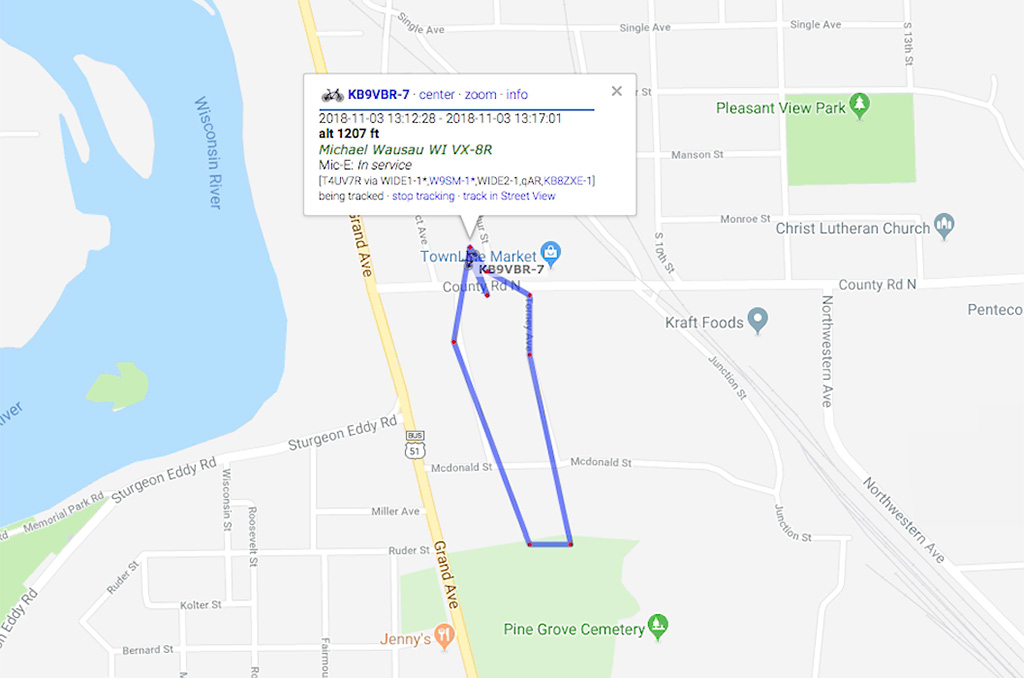 So how well does it work? As a test I turned the fill in digi on, put my HT on belt and took the dog for a walk around the neighborhood. While the fill in digi didn’t retransmit every packet, enough of them got through to an igate and I was able to track my location on the map. I’d call that a success.

The fill in digipeater is something you don’t want to use all the time as too many fill ins can degrade the APRS network. But if you are doing an event and want to use APRS, these fill in can provide extra coverage for weak areas, especially if you are using low powered trackers.

So that, in a nutshell, is how you can set up a fill in digipeater for those APRS weak spots. Have questions or comments? Can you think of some good uses for a fill digi? I’d love to hear it. Please leave a comment down below.