Your Questions Answered and a Channel Update, September 2018

Last month I was celebrating hitting the 5,000 subscriber mark on the KB9VBR Antennas Youtube Channel and in the 30 days since then, we picked up another 2,500. Thank you for the explosive growth and welcome to all the new viewers. I really appreciate the support. In our monthly channel update I go through the questions and comments and take a moment to pull out the best ones for further discussion, so lets get started.

So, my video on “Is the Baofeng UV-5R radio illegal” was a lightning rod of discussion. With so many great comments to choose from, I want to highlight a few quality comments that floated to the top. Basically the discussion brought forth two important points. 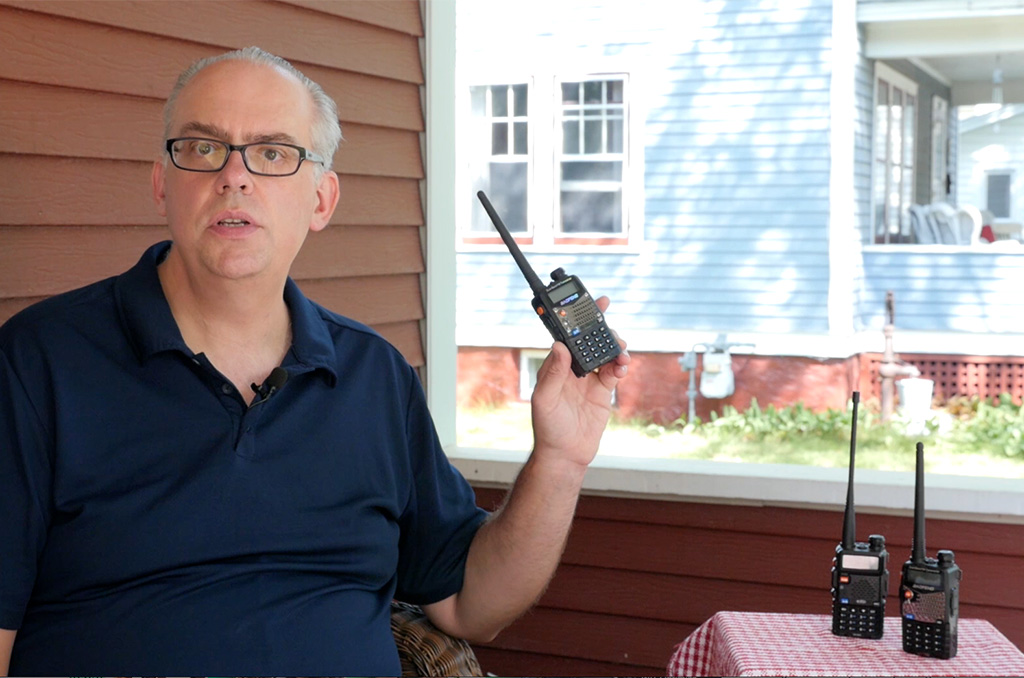 First off, the Baofeng radios, while they may have Part 90 certification, they are not type accepted for the GMRS or MURS bands. Hans Oak corrects my statement I made in the video that “A part 90 radio can be used on GMRS”

Hans is correct and I miss-spoke in the video. While the GMRS frequencies are listed in the FCC part 90 rules, a part 90 certified radio is not automatically certified for operation as a GMRS band device unless it also has Part 95A certification. The same goes for the MURS band, a radio also needs Part 95J certification to be legal on the MURS frequencies. But does this rule stop people from using the radio on those bands and frequencies? No, not really. I’m not the radio police, so it is up to you to determine if the risk associated with using these Chinese radios on those bands is worth it.

Which brings me to the second half of the discussion: that these radios aren’t suitable for the amateur radio bands. With the exception of commercial 10 meter amplifiers, the FCC does not require the certification or type acceptance radios on the amateur bands. That’s because you are allowed to build and operate your own equipment. The only requirement is that the radios need to have an emission below 60db on the 2nd and third harmonic frequencies. Almost all of these Chinese radios fail in that aspect.

As I’m Me says “The bigger problem with Baofeng radios is that roughly half of those tested by the ARRL over 5 years created spurious emissions at levels far exceeding those permitted by the FCC. “

Great points, spectral purity is a big issue with Baofeng radios. In order to make a transceiver so cheap, quality control goes completely out the window. These radios could be fully compliant in regards to third harmonic distortion (THD) but then they wouldn’t also cost $30. To prove the point of poor quality control, the ARRL tested hundreds of random handheld radios at the Dayton Hamvention over the course of several years. The Chinese radios exhibited a failure rate order of magnitude higher than the big three manufacturers. I have a link to that article in the video description.

Here’s the ARRL article with the results of testing hundreds of random radios over several years at the Dayton Hamvention: http://www.nf9k.net/wp-content/uploads/2016/05/ARRL-Lab-HT-Testing.pdf

So, bottom line, as an amateur radio operator, you alone assume the risks of using this equipment on the amateur radio bands. If you wish to stay 100% in line with Part 97 rules, you’ll test your radio for spectral purity compliance. But since testing is out of line for most hams, how many of us own spectrum analyzers, you will have the choice of either assuming a certain level of risk, or avoiding the radios all together.

I’ll dig more in the issue of FCC certification and type acceptance in a future video, so stay tuned for that.

And finally in this issue, Ian Maddock states: cheaper radio are helping keep the amateur radio hobby alive & making it affordable for everyone.

A lot of people, and I mean a lot, have made the same supposition in defense of the Baofeng, but I’m not sure if this is totally the case. Amateur radio has been growing, there are more licenses issued than ever before. I think the truth will be known in a few years when it comes time for license renewals. Will we see a lot of attrition or will people stay in and active because equipment was so cheap?

Couple of items from my Baofeng UV-5RX3 review video. First off, Scott Evans noticed that my radio had the word ETEKCITY and not Baofeng on the speaker cover and wondered if there was any difference. Also, living in Australia, he mentioned that the 222 mHz band isn’t available to him.

That’s the way Radioddity shipped the radio to me. Maybe I got a pre-production model or one early off the assembly line. The box and instructions are all labeled Baofeng, so I don’t know why the discrepancy. As for your second point, the 1.25m band is only available in ITU region 2, so only amateurs in North and South America have access to it. With this band only available in part of the world, this is one of the biggest reasons why we don’t see more amateur radio equipment for the 222mhz band.

Thanks for the recommendation of Signal Sticks. They have a dual band and a 220 Mhz mono band HT antenna. I’ll have to check them out and possibly do a review later on.

Finally, DialM4Microcontrollr says: Nice review . You mention propagation advantages on the 222mhz band that I’m not familiar with. Could you give a quick example of distance (to a repeater) that you could hit with watts and compare that with a 2 meter repeater in your area? Or some other method of direct comparison.

So the 1.25 Meter band sits between the 2 meter and the 70cm bands and shares many of the properties of both bands. The 1.25 meter band has a working range quite similar to a comparable 2 meter station. But like the 70cm band, 222 Mhz is quite sensitive to tropospheric ducting. But while sporadic E is quite rare on 70cm, that method, along with meteor scatter are quite possible. I think the biggest advantage is it’s relative immunity to adjacent interference. There’s not much, if any, commercial activity near the band, so 220 repeaters require less filtering, and you’ll receive less intermod on your 220 radio.

Finishing up, I want to announce a couple of upcoming events. First up is the Wisconsin Parks on the Air. On the third Saturday in September, which will be the 15 of September this year, hams will hit the road and activate a slew of state parks and recreation areas. This should be a fun event and hopefully become a tradition like the Wisconsin QSO party.

Next up on Saturday September 22 is the Chicago FM Club’s annual Radio Expo at the Boone County Fairgrounds in Belvidere, IL. This is Northern Illinois’ largest hamfest so if you are in the area, I recommend you make a point to stop by. I’ll have a table in Building 1 selling my VHF/UHF J-Pole antennas and I’d love if it you stop by to chat.