The Wolf River Coils Silver Bullet 1000 and the Silver Bullet mini are a variation of the popular screw driver style antenna. But instead of a motorized slider, these antennas you manually slide the tuning coupler up and down the coil. By removing all those mechanical parts and using manual adjustment, you get a rugged and durable antenna at a reduced cost.

According to the Wolf River Coils website, what makes these coils different is that they use a grooved core for proper spacing and placement of the high quality stainless steel wire. The tuning coupler uses a heavy gauge stainless steel pickup clip. You can feel the quality as you move the coupler up and down, it takes a bit of force to move the coupler, so you can be assured it is making good contact with the coil. There is a plastic screw so you can tighten the coupler, but in reality it isn’t going to move unless you are using it mobile. 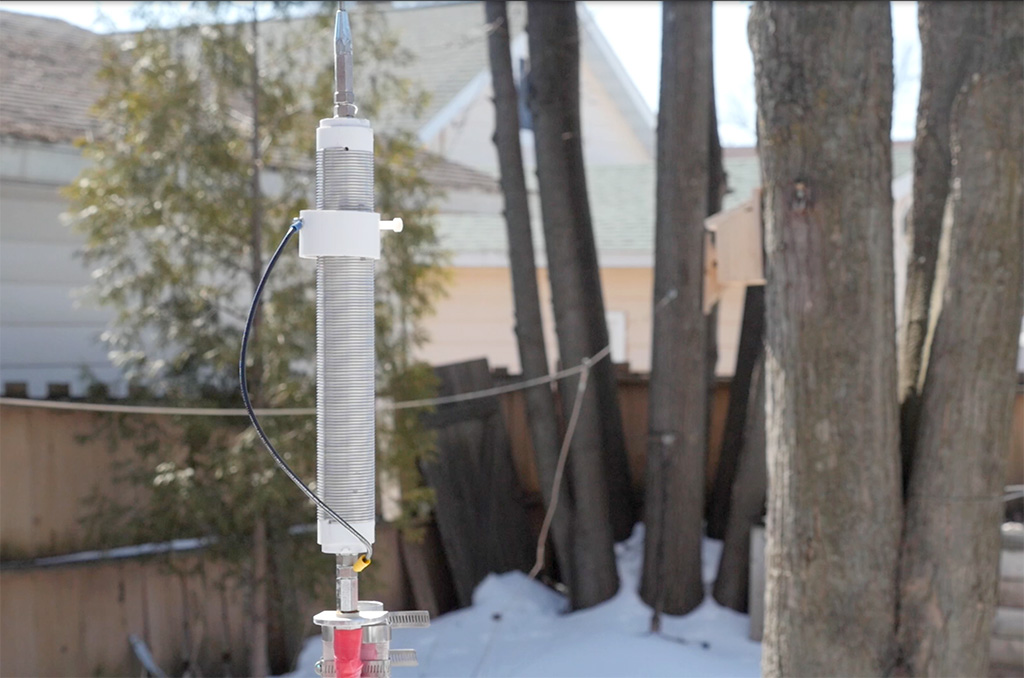 Speaking of mobile, the coils are designed for both mobile, portable, and base use. The coils have 3/8 x 24 screws on each end, so you can screw the coil into a mobile antenna mount that has a 3/8 x 24 female socket. The 1000 weighs about 1.8 pounds so you will need a pretty rugged mount for mobile use, but the mini, will give you mobile use down to 40 meters with about half that weight.

The Silver Bullet 1000 is designed to be used on the 10 – 80 meters and the mini will run on 10 -40 meters. The length of the whip makes a difference on what bands you will be able to use with the antenna. With a 102 inch whip, the Silver bullet will tune from 17 meters to near the bottom of the 80 meter band. If you use a shorter whip, you can add 15 up 10 meters, but you’ll lose on the low end of the 80 meter band. the Silver Bullet mini runs best with about an 8 foot whip, but again it may need shortening for the 10 meter band.

So for portable use, I’m using a collapsable stainless whip so I can adjust the length depending on the band. I’ve had a silver bullet 1000 set up in the back yard all winter running with a 102 inch whip. I had no problem using it on 20, 40 and 80 meters and could easily tune down to the 80 meter FT8 frequency which is near the bottom of the band.

So you might be thinking to yourself, what about the 160 meter band? Couldn’t you just use a longer whip? Yes you could. In a conversation I had with the Wolf River guys at a recent hamfest, I asked them that question. They indicated that they’ve had some success on 160 meters with a 17 foot whip, but because the coil has a small diameter, your bandwidth is extremely narrow. So using it on that band becomes hit or miss.

In using the antenna, I set it up on a tripod and strung a couple wires out for a ground plane. I used two cut for about 35 feet each. It will work with one or two radials, but the instructions recommend at least three wires cut for 1/5 wave of the lowest frequency you will operate on. After running the wires, I then connected the antenna analyzer and tuned for my favorite operating frequencies. Alternately you can use an SWR bridge and make test transmissions till you find the sweet spot. Wolf River does give you some suggested tuning spots depending whip length. I was able to get the tune down to 1.3:1 or less for most frequencies. I like to mark the tuning spots so it is easy to change bands. I then connected to my tuner and commenced to operate. The tuner really didn’t need to search for a tune at all and I could run the antenna without it, but using the tuner just added a bit of convenience between switching antennas. 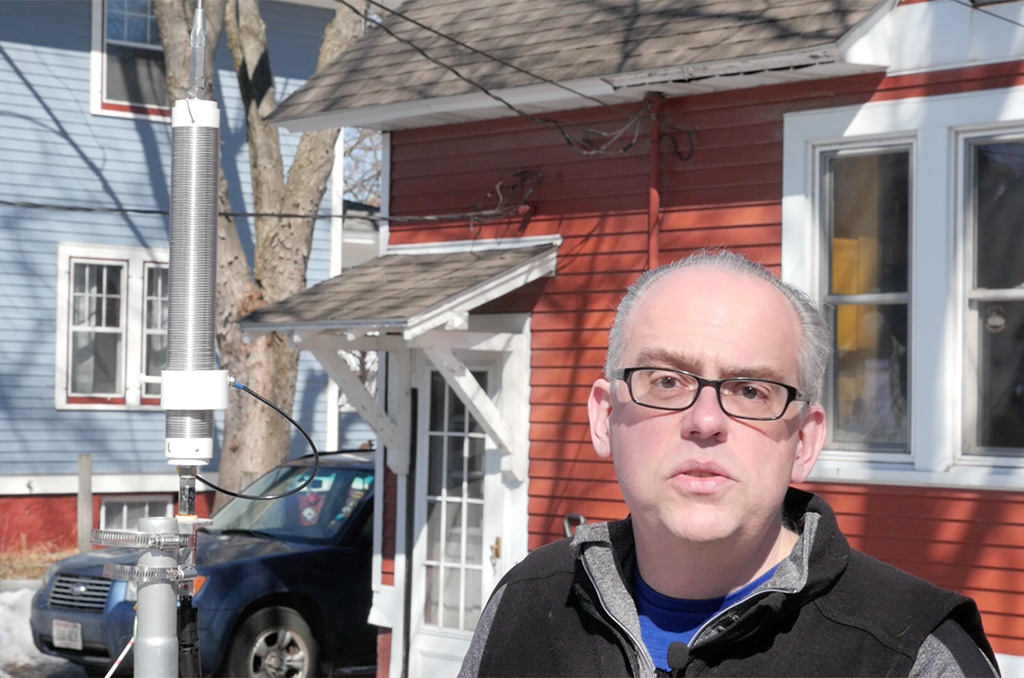 As for operation, I was able to easily make digital contacts on FT8 using a moderate about of power, about 40 watts. Voice contacts have been a little more challenging. Propagation hasn’t been too good and I was dealing with a higher than expected noise floor during my testing. As a vertical antenna, the signal tended to go long on the lower bands. I was more likely to talk out of state than in-state on 80 meters. One option I’ve heard, but haven’t tested yet, is to mount the antenna horizontally for NVIS use. I will have to give that a shot on the next state-wide 80 meter net.

Downsides with this antenna? The only thing I can think of is its weight. That might be an issue if you are going mobile with it, so consider a sturdy mount for HF mobile. The 2nd is the fact that you need to go outside and manually adjust the slider to change bands. Again, not a deal killer, and that aspect is perfectly acceptable for portable use. But that would be an issue if I where to permanently mount this coil at my home location. I would have to put it in a spot that is not too high so I could easily access it.

So, final word, this is a great choice for portable and mobile HF operation. For mobile use you will need to take into consideration the mounting needs. Portable use is where these coils really shine, they set up fast and with an adjustable whip antenna, you can tune just about anywhere on the bands. The Wolf River Coils Silver Bullet 1000 and Silver Bullet 1000 can be found online at www.wolfrivercoils.com.