You may have seen my previous video in which I reviewed the Luiton (Leixen) LT-898UV 10 watt mobile radio. In this episode I build an ultra portable go-kit around the rig, and share my experiences after using it a few weeks.

The Luiton LT-898UV is identical to the Leixen and Jetstream mobile radios. See my previous blog post for my first impressions of the radio.

Here’s the go box. It’s built into a small, 30 caliber plastic ammo can. That’s enough space for the radio, microphone and 8 amp hour gel cell battery. I mounted the radio onto a small piece of wood that velcros to the side of the case. When I remove the radio, the wood is cut so the whole things sits on top. That gives me two operating positions, either in the box or sitting on top. That’s handy if you are working at a desk. I use a little jumper to orient the antenna connector to the front of the radio package, so I don’t need to dig around to attach an antenna. And with that, just about any antenna will work, like a mobile whip or base antenna such as the J-Pole.

So after using the radio for a bit, I so have a some impressions of it, both positive and negative.

Speaking of the microphone, while using the radio, I consistently received poor over the air audio reports. So I did a little audio test between the stock microphone and an aftermarket Kenwood microphone. Doing some test transmissions and recording my audio, I found a difference of -16 db between my control radio transmission and a transmission with the Luiton microphone. This means the Luiton is about five times quieter than comparable mics. 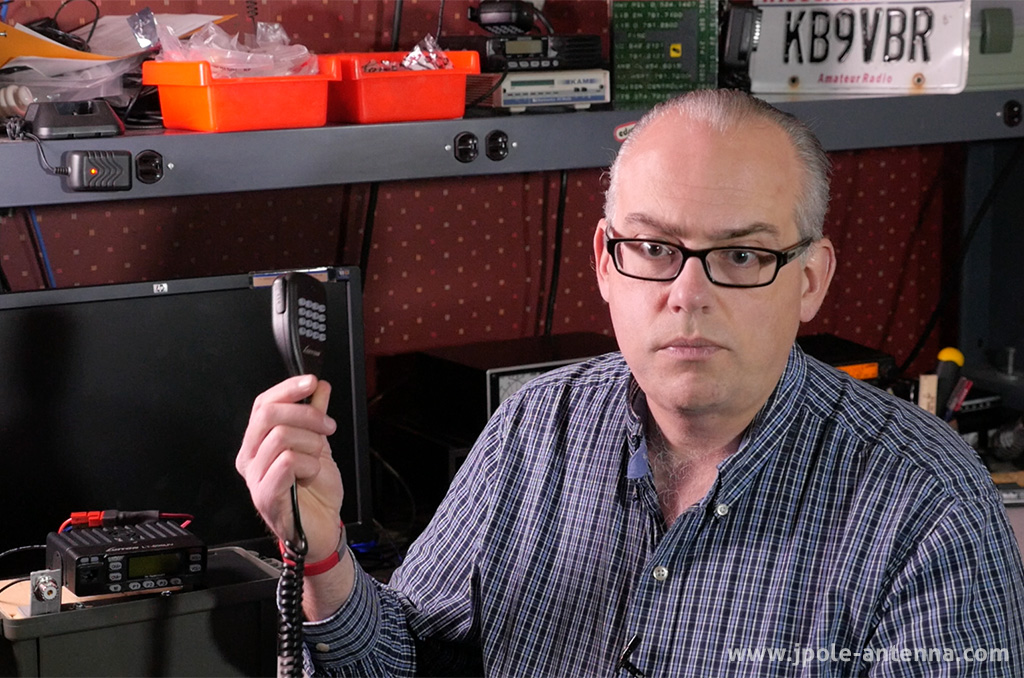 I did a little research online and didn’t really find a definitive solution to fixing the microphone problem. Some people said to make the little hole bigger, and others suggested to remove the little rubber shield covering up part of the electret condenser element. I didn’t modify the mic hole, but removing the rubber cover did not improve things. Did I get a bum microphone or are others experiencing this problem? My solution, is to purchase an aftermarket microphone. The radio is pin compatible with Kenwood microphones, and this aftermarket KMC-30 microphone works great.

Is this a good choice as a mobile or base radio? For the most part it is. 10 watts fits the need for most purposes, and paired with a gel cell battery, it will last all day. If you are currently using a handheld in the car for mobile operation- I’d recommend investing in one so you have something a little more mobile friendly. And with a street price under $70, it really isn’t a bad deal. But for serious use I’d replace the stock microphone with something better sounding.

My caveats, though, is that if you live in an urban environment- the intermod rejection may make you crazy. Driving past hospitals and clinics, my radio was swamped with pager intermod. On scan, it also likes to randomly break squelch. Tightening the squelch will fix this along with using Receive Tone control. But be aware that this radio is built on same Software Defined Radio platform as the inexpensive Chinese HTs so it suffers from the same front end issues that those radios do.

There you have it, the Luiton LT-898UV mobile radio built into a 30 caliber plastic ammo can for an ultra portable go box. Questions or comments about the radio or this project, please leave them in the comments below. 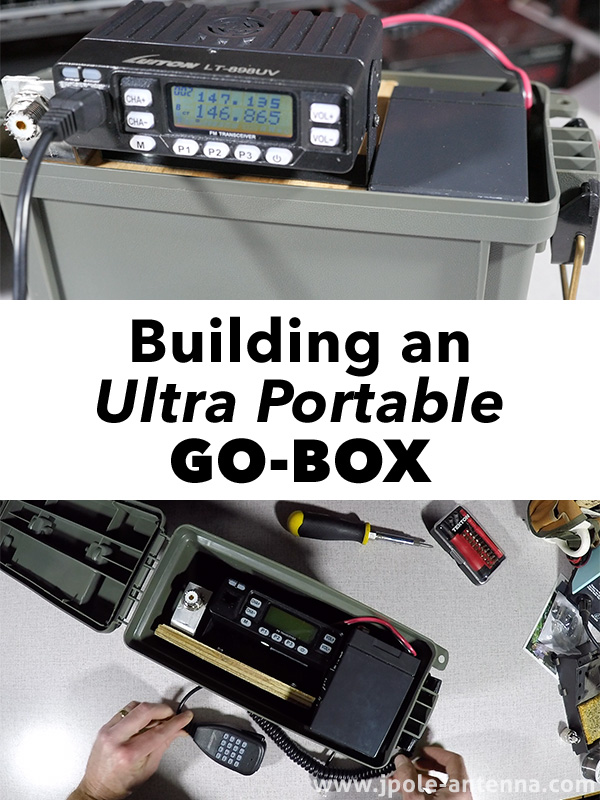