In 2012, over 421,000 people were injured and 3,328 people killed in automobile crashes due to distracted driving. Distracted driving has become a hot button issue and many communities have developed or are in the process of creating an ordinance on the use of cell phones and electronic devices while driving. Our municipality enacted that type of ban in early 2014. Here’s my story on how I worked with the city council to assure that amateur radio use while mobile was exempted from the prohibition.

Operating a cell phone while driving equates to distracted driving. There is no doubt about it, whenever we take our attention away from the road ahead, be it talking on a cell phone, changing a radio station, looking for the map, or carrying a conversation, we are being distracted in one form or another. But all things are not equal, and the level of distraction will vary from item to item. But the National Highway Traffic Safety Administration makes a compelling argument that texting and cell phone use (especially for younger, more inexperienced drivers) is a significant problem. Hence many municipalities are looking into creating some type of cell phone and electronic device ban.

In this article I don’t want to debate the merits of a cell phone ban. I generally feel that they are a good idea. As a participant in the process I wanted to make sure that amateur radio equipment operation was exempted from any ban. The goal of this article is to describe how I worked with our elected officials to make sure any ordinance meets the needs of the amateur radio community.

Our city of Wausau, WI went through that very process last year. Neighboring communities had enacted a cell phone and electronic device ban while driving ordinance, so a local councilperson in our city decided to pursue the same matter after receiving numerous complaints from constituents about people driving and talking on their phones.

From the Wausau Daily Herald:

A Wausau committee next month will consider banning cellphone use while driving within city limits.

Residents have asked for such a law while commenting at City Council meetings, said Lisa Rasmussen, president of the council and chairwoman of its Public Health and Safety Committee.

The city of Marshfield passed an ordinance in July 2010 that banned cellphone use while driving, except hands-free use.

Many states already have laws on their books relating to distracted driving, texting, and cell phone use while operating a vehicle. But as these laws are somewhat of a patchwork, municipalities have started to enact bans or prohibitions on electronic device use in order to be more encompassing. Doing so changes the enforcement from a secondary law (which allows an officer to write a citation if another traffic violation is taking place) to a primary law, which means the officer can pull you over for cell phone use, much they can for speeding.

New ordinances get their start in committee. For our cell phone ban, it all started in the public health and safety committee. I was tipped off by a newspaper article that a proposal for a ban was placed on the agenda. Since the agenda came out within days of the meeting, I didn’t have much time to prepare- fortunately the item was tabled until the next meeting (whew, breathing space).

The councilperson for my district sits on the public health and safety committee. Knowing who he is and him knowing me as a local resident became very helpful. At a neighborhood meeting I was able to interface with him a bit and tell him about the positive things that amateur radio operators do for our community and that how any ordinance on cell phone use needs to have an exemption for amateur radio. Otherwise we won’t be able to provide vital communication services to our community.

Next step was to contact the ARRL. I sent emails to our section manager and to Dan Henderson, the ARRL’s Regulatory Information Manager. The League provided me a wealth of information- notably a policy statement the ARRL did a couple of years ago on the topic. The second resource is a letter from the National Safety Council to the ARRL in which they cite they have no data that shows Amateur Radio contributes to distracted driving.

The ARRL was also glad to review any draft ordinances to find if the language is ham friendly. Henderson cautioned that being overzealous in working to get a ham radio exemption into the ordinance actually can have an unintended consequence of the city council questioning why shouldn’t ham radio use also be banned. Big takeaway here is to work the system gently.

I sat through public health and safety meetings as the proposed ordinance was discussed. I delivered a prepared statement at one meeting. My intention was to educate the committee and give some guidance. Below is a copy of my statement, please feel free to use it in your own presentations.

My name is Michael Martens. I’m a Federal Communications Commission licensed amateur radio operator. I also serve as the President of the Wisconsin Valley Radio Association, an amateur radio club based in Wausau, and am the volunteer emergency coordinator for the local Amateur Radio Emergency Service group.

Today I’d like to speak regarding mobile phone use while operating a motor vehicle.

In addition to being a fun and rewarding hobby, Amateur Radio operators provide a valuable community service by providing auxiliary and emergency communications to the city, county, area health &amp; welfare groups, and non-government organizations. All for the public benefit and without any reimbursement. Federal law prevents Amateur Radio Operators from being reimbursed for providing their communication services over the amateur radio airwaves.

Our Amateur Radio emergency communications group has a relationship with city and county agencies including the Wausau Fire Department, Marathon County Emergency Management, Wisconsin Emergency Management; area hospitals Aspirus and St. Clare, the Red Cross, and National Weather Service Office in Green Bay.In order to further the Amateur Radio Art and to provide public service and emergency communication services to our partners, Amateur Radio Operators routinely operate two-way radio equipment in their vehicles. An ordinance that doesn’t take into consideration amateur radio operations would have a negative effect on our ability to provide this vital public service.

The National Safety Council has found significant evidence that operating a cellular phone in a vehicle can lead to distracted driving. The NSC has also released a statement that they are not aware of any evidence that using amateur and two-way radios while driving poses significant crash risks.In a policy statement of the ARRL: The National Association for Amateur Radio, they recommend that any ordinance limiting the use mobile telephone equipment in motor vehicles needs to narrowly define the class of devices included in the regulation so that the class includes only full duplex wireless telephones and related hand-held or portable equipment or the ordinance specifically identify licensed Amateur Radio operation as an excluded service.

Radio amateurs operate their equipment in a professional manner and according to FCC regulations. We are proud of our 100 year amateur radio heritage and look forward to providing a public service for years to come.

Thank you for your time and attention in this matter.

I found it interesting, that during the process the committee received many messages and calls prior to this meeting from citizens concerned about cell phone use and would like to see the city do something, yet only one person opposed to the idea delivered a statement to the city. 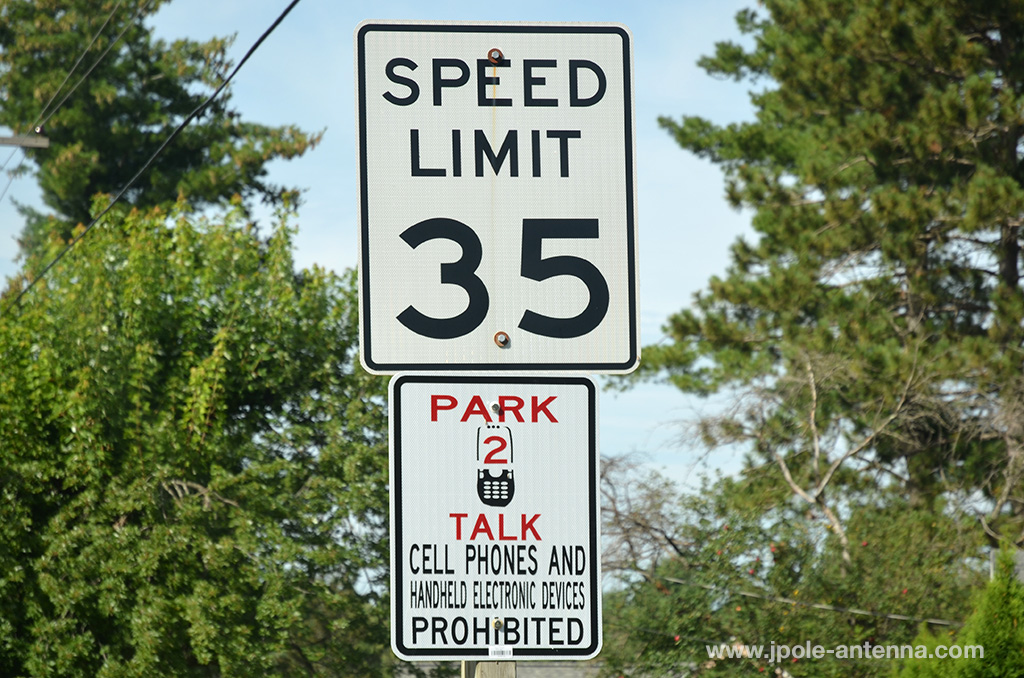 The wheels of city hall move very slow. I first learned of a proposed ordinance in September of 2013. I attended meetings in October and November of last year. A draft was delivered to the committee in November and the Council of the whole passed the ordinance in February of 2014. It was enacted shortly thereafter. I guess one fortunate aspect of the length of time is that it does offer a bit of deliberation. We received our amateur radio exemption- in fact the ordinance was very similarly worded to ones in use in other area communities. In sitting in council meetings, I found that a council won’t reinvent the wheel if they can borrow legislation that is working in another community and just make slight adjustments.

Is your community contemplating a cell phone and electronic device ban? Here’s some pieces of advice to assure that mobile amateur radio operations aren’t affected by an ordinance:

Has the ban worked? Shortly after it was enacted there was a big media flurry and education campaign about the new ordinance. The police were also out in enforcing the ban with warning citations. But after six months on the books, I’m starting to see cell phones creep back into drivers hands. One article I read questions the effectiveness of such bans as drivers forget the consequences and police become lax on enforcement. I do know that as person with two young drivers in our household (ages 16 and 18) that they pick up on driving habits and modeling attentive behavior on the road is an important part of their behind the wheel education.

Has your community enacted a cell phone or electronic device ban? Do you have any tips to share, feel free to leave a comment below.