The cross-band repeat function; you’ve probably seen that feature listed in the operation manual as a function of your dual band mobile radio, or saw it as a feature in a VHF/UHF amateur radio advertisement. But what does cross-band repeat do, and how can you use it? In this post we’ll discuss cross-band repeating, it’s operation, and legal issue involved in doing so.

[pq]Simply put, cross-band repeating is an effective way to extend the range of your handheld radio. [/pq]The cross-band repeat function works by using using a dual band mobile or base radio to retransmit on one frequency band a signal received on another frequency band, and vice versa. A common use of the cross band repeat is to extend your range of a handheld radio by using the higher power of your dual band mobile transceiver to hit a distant repeater.

How does cross-band repeating work 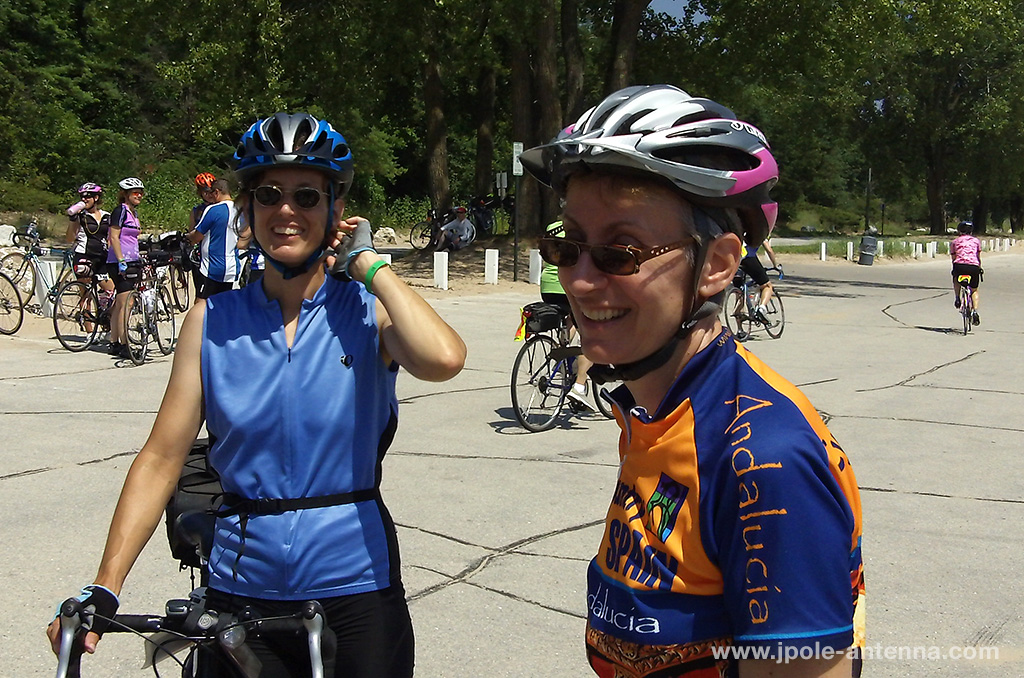 The best way to explain how  cross-band repeat works is to use a practical example. Say you are volunteering for a bike race and will be stationed in a remote location. Communications is important, but you also don’t want to be tied to the radio in your vehicle. But your handheld radio is also unable to hit the repeater that is being used for the event. So you decide to place your new dual-band mobile rig into the cross-band mode. 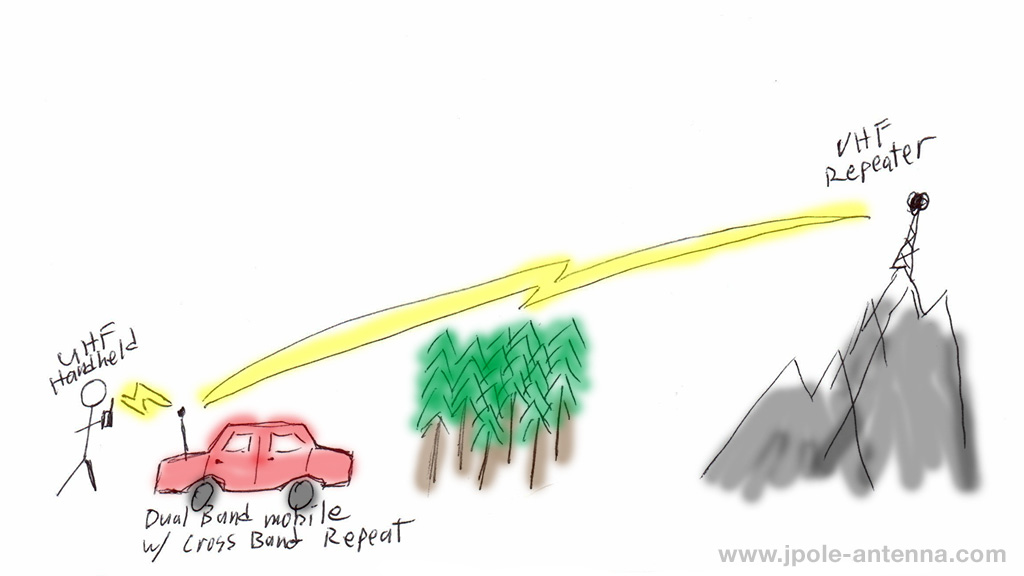 In order to Cross-band repeat, you’ll need a dual band/dual monitor mobile radio and a dual band or UHF capable handheld radio. You will use the UHF channel on your  handheld to communicate to the dual-band mobile. The mobile then takes that signal and simultaneously transmits it on a VHF frequency (either VHF simplex or repeater). When the VHF station or repeater makes a transmission, the mobile radio receives is and retransmits the signal on the UHF simplex frequency. This is the cross-band repeat process. 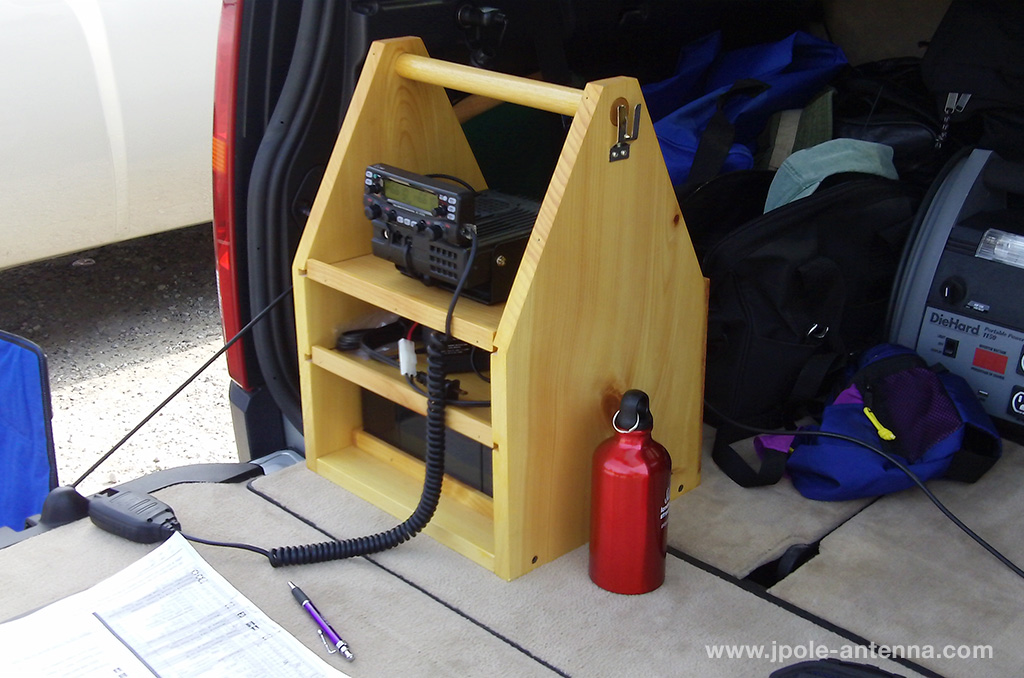 Cross-band repeat is great to use when you are out in a remote location and want to monitor the repeater with your handheld, but your handheld may not have enough power to make a solid transmission to the repeater. Maybe you’re in a wooded area or highly urban and the trees or buildings are shielding too much signal from your handheld. Or with our bike ride example, you want to have the ability to wander the grounds and still be able to stay in touch with the net control station. 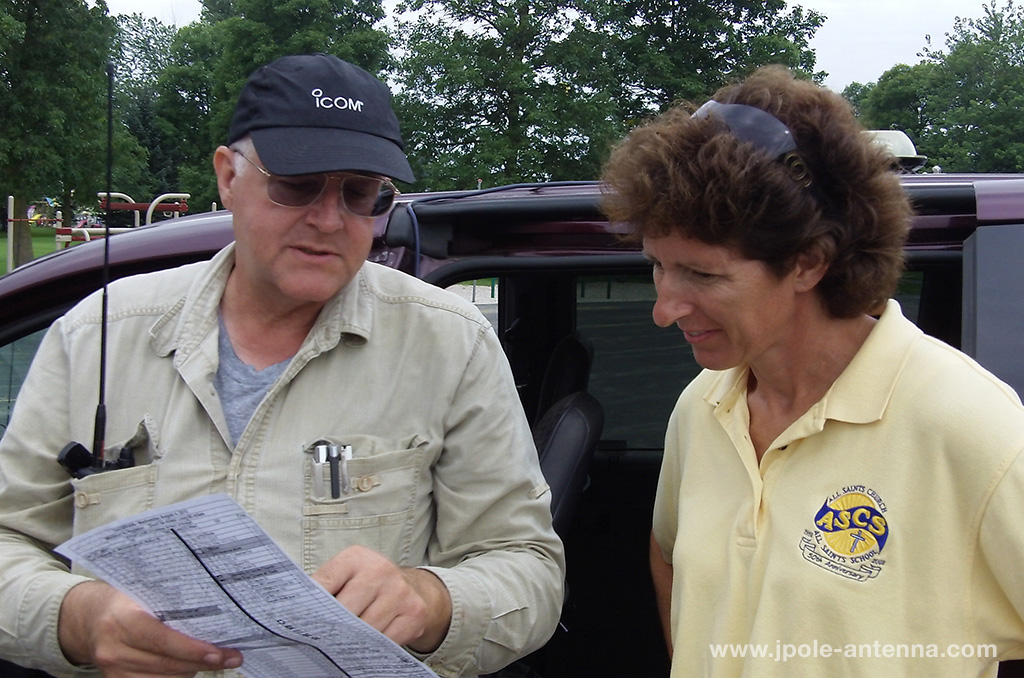 So on our bike race, our high powered mobile mounted in the car, with 50 watts of power and a higher gain antenna has no problem hitting the repeater. Engaging the cross-band repeat function on the mobile, and tuning your handheld to the simplex frequency allows you to go about your business and still stay in touch. When the repeater transmits, the mobile will retransmit to your handheld, and when you transmit on your handheld, the mobile receives it and retransmits it to the repeater.

How do I operate in cross-band repeat mode

First step in using cross-band repeat is to read and understand your radio’s operation manual. Each manufacturer implements the cross-band repeater a little different, so you’ll need to know how to turn it on and off. But basically, you’ll dial a VHF memory channel on the primary VFO side of the radio and a UHF simplex memory channel on the secondary VFO. Once that’s done, you’ll hit whatever function key combination necessary to engage the cross-band repeat (be sure to practice this at home before doing this at the event). Then make a short test transmission to make sure everything is working. Once you’re satisfied, you can wander as far as you want from your cross-band transmitter and as long as you’re in range, you’ll be able to monitor the repeater and make the transmissions.

It’s important to note that in order for this to work, you need to use both a VHF and a UHF channel. cross-band repeat won’t work with two UHF channels or two VHF channels. The mobile radio’s filters are small and they will overload if the transmit and receive frequency are in the same band.

When you are picking your UHF control frequency for cross-band repeat, make sure you choose a frequency that is unused or designated for auxiliary control. Your area’s repeater coordinating body most likely has a list of frequencies that are designated for cross-band and auxiliary use. In Wisconsin, where I live, the Wisconsin Association of Repeaters dedicates the following channels for that use. Your coordinating body may do the same:

Cross-band repeat only works with a two simplex frequencies (one UHF & one VHF) or a UHF simplex and a VHF repeater pair frequency. Never try to cross band two repeaters. The squelch tail and hang time on the repeaters will cause an endless loop in the cross band, locking up both repeaters until you disconnect the power on your transceiver.

When you operate in cross-band repeat mode, make sure that you allow time for the system to activate. When making the transmission, wait at least one second after pressing the mic key and before speaking. This will give the cross-band transmitter and the 2 meter repeater time to activate. Otherwise your transmissions will cut off at their beginning. Also wait for the repeater to drop the carrier before transmitting in the cross-band mode.

Finally, keep the power on your cross-band transceiver at the lowest level necessary to maintain communication. Most radios aren’t designed for 100% duty cycle and constant use of the cross-band can cause your rig to get quite warm. Keep the power low, and give it a rest when necessary. (If you’re using your mobile rig in the car, you may want to use an external battery so you can still start your car)

What are the legal issues of cross-band repeating

This is were things get tricky. There is a lot of discussion, but no real consensus that the cross-band repeat function is totally legal according to FCC rules.  Most manufacturers have implemented the function in a way that causes unidentified transmissions,  Here’s the scenario:

So to be completely legal in this regard, you either need to have some type of automatic ID system attached to the radio, or use a model with an automatic identifier feature. The ARRL has more information on Auxiliary Stations and how to conform to the rules.

Now I’m not advocating that your break the FCC rules, but history has shown that they will turn a blind eye to cross-band repeat use as long as you don’t create harmful interference. This includes keeping your transmit power down to a reasonable level and using the cross-band repeat on an itinerant basis. If you are using cross-band repeat for extended periods of time or are creating interference with it, then yes, you will attract the attention of Official Observers and the FCC. So use it sparingly and only when necessary.

Will the J-Pole antenna work with cross-band repeat

I find cross-band repeating useful at home when I want to monitor a repeater that my handheld radio can’t otherwise receive. Say there was a net or some other activity I wanted to hear and didn’t want to sit in the shack for it. I’ll dial up the repeater and engage cross-band. Now I can wander about my home and hear the activity and making transmission if I needed too. The 2 meter J-Pole antenna and 2 meter Slim Jim antennas work well as dual band antennas. Their UHF coverage is a little weaker than on the 2 meter side of things, but it’s plenty good for short range communications with a handheld radio around my house and neighborhood.