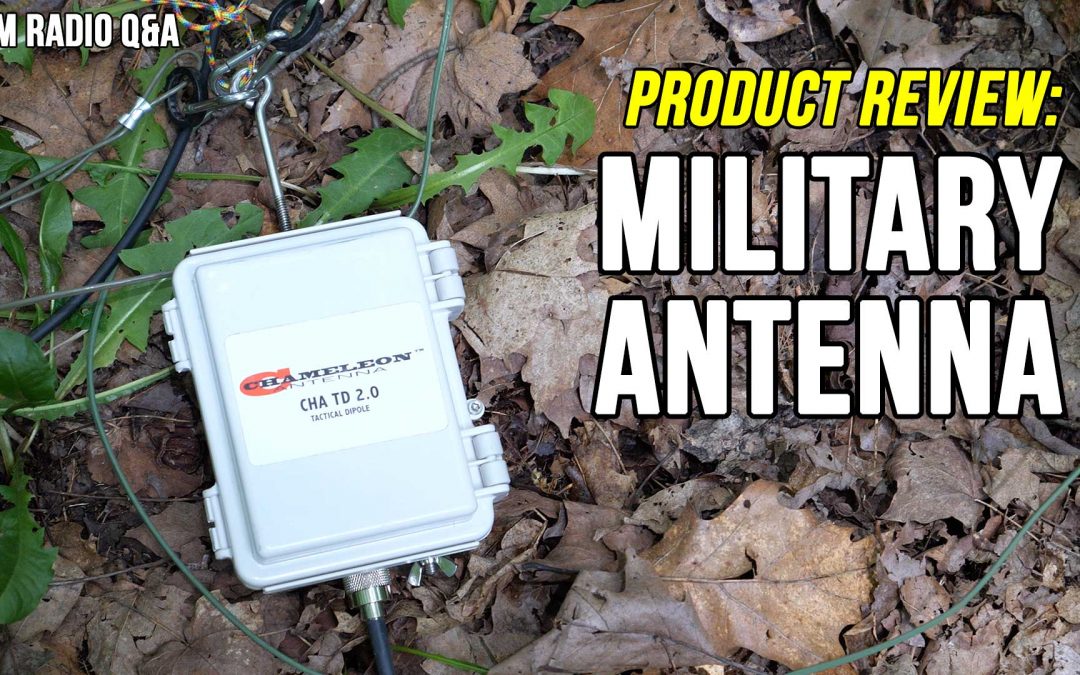 The Chameleon Tactical Dipole 2.0 is a multi band broad coverage HF antenna with a range of 1.8 to 54 MHz. Design is based on the L3Harris RF-1944 HF military antenna. I demonstrate the deployment and operation of this antenna and give my remarks of its performance.

Like what you see? You can leave me a tip:
https://www.paypal.me/kb9vbr

The Tactical Dipole 2.0 is a clone of the L3Harris RF-1944 series antenna. The RF-1944 is a military grade antenna that comes with a military price tag. The Tactical Dipole offers similar performance at a more competitive price point. Even though this is a civilian model, it is constructed to military specifications and is suitable for use by military, governmental, non-governmental, mars, and amateur radio groups.

The tactical dipole version 2.0 is an improvement on Chameleon’s original tactical dipole. It’s 30% lighter and simpler to deploy. It also incorporates product improvements from years of use in the field. This is a broadband HF antenna that in most cases will operate on the amateur bands from 1.8 to 54 Mhz with an SWR of 2:1 or less. The antenna consists of three components, the center matching transformer. This is a Chameleon 5:1 transformer, the same style is found in their other antennas. And two terminating resistors. Between the resistor and center is 60 feet of wire and a 25 foot counterpoise follows the resistor. When deployed in an inverted V configuration, the antenna will occupy between 110 and 160 feet of space.

The antenna is rated for 100 watts digital, 250 watts CW and 500 watts sideband. It weighs in at 4.2 lbs and a trained operator can deploy this antenna in about 10 minutes.