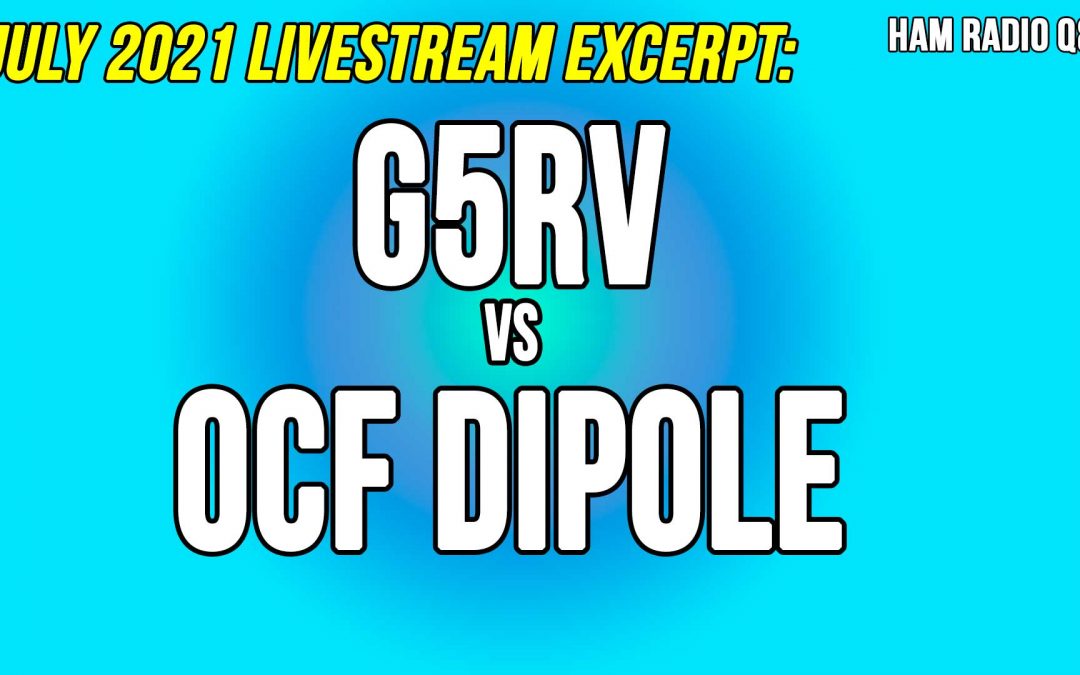 Michael: And then finally Robert asks, what’s a better choice for multi-band antenna. an off-center fed dipole or G5RV. I run a G5RV, at my house because it fits my property very well. They are a particular antenna. So, you know,  there’s a couple of things you just need to be cognizant of when you’re, when you’re installing

Michael: Yeah.  At least at least 30, 35 feet, 40 feet. , the ladder line can’t touch anything, you know, but ladder line does not have to drape all the way down. It can be at an angle. That’ll work fine. , so, but just as long as it’s not touching your house, or the ground or, or things like that, and you need a tuner with the G5RV, a wide ranging tuner. An internal tuner in your transceiver will probably not work well with a G5RV, but an external tuner of all day long. Off center fed dipoles. Typically, you know, they’re a little bit more forgiving there, , because they use that 4:1 balun. Your impedance should be closer to 50 ohms

Joe: Yeah. So the G5RV probably is going to be a little bit more of a performer. I’ll say that. I mean, it’s a 70 year old design and it still works. Great.

Joe: See what they say when you tell them you’re only running 5 watts.