Lithium Iron Phosphate batteries have really taken the market by storm. And with good reason- they have a long shelf life‚ high power capacity‚ and deliver a more consistent voltage than many other types of batteries available. Plus they weigh considerably less than comparable lead acid batteries- This technology is ideal for ham radio portable operations.

I wanted to dip my toes into the lithium iron phosphate category so I did a bit of searching and found the cheapest 12 volt / 12 amp hour battery that I could find on Amazon: The Talentcell LF120A1 battery. Talentcell is a bit of a price leader in the Lithium iron phosphate market- I know their smaller battery packs are quite popular with the QRP crowd‚ and this bit larger battery was certainly no disappointment. With a retail price of about $84 when I purchased I was pleased with its value.

To start off‚ lets run down the specs of the Talentcell LF1201A battery. This battery has:

Just by going through the specs itself this battery hits all the buttons. But how well does it perform? 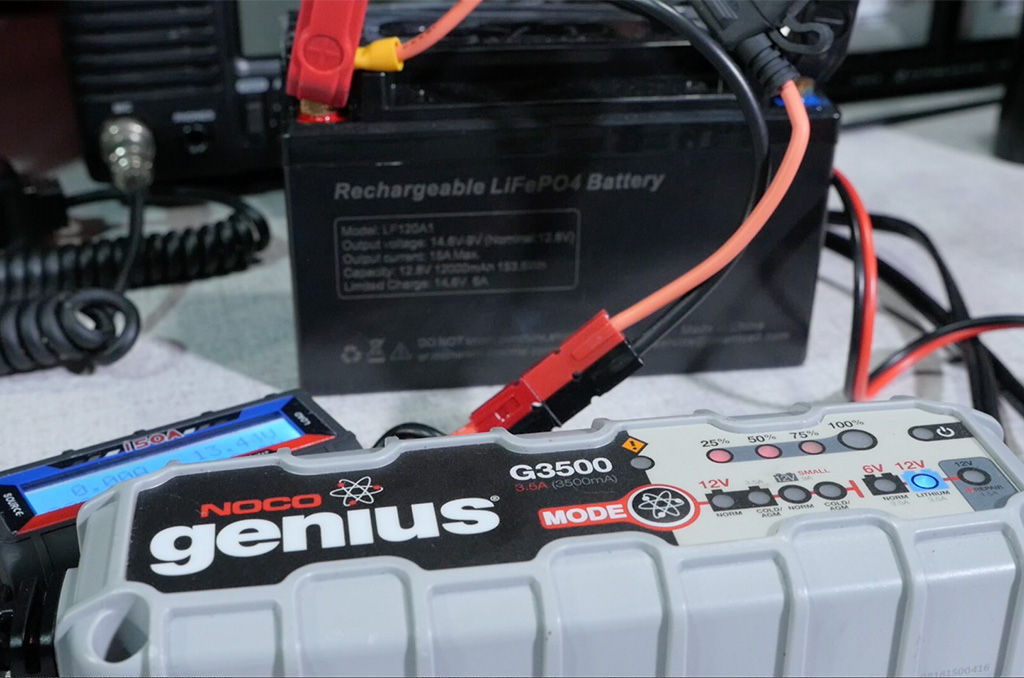 My first step in testing the battery was to charge it up. While these batteries are shipped with a charge‚ they are not fully charged so putting them on a charger will increase their initial performance. The battery does not come with a charger and you can’t use just any charger so you will need to use a charger that is Lithium iron phosphate compatible. Most of the new smart chargers are compatible and there are plenty of chargers available. You can go with one of the inexpensive chargers that gets automatically recommended on the amazon sale page- I went a little different route by using the NOCO Genius G3500 Smart Charger that I already use for charging and maintaining the AGM battery in my camping trailer.

This charger has a lithium iron phosphate setting so I didn’t need to get anything different. The charger delivers 3.5 amps in the bulk charge mode so the battery charges up quite quickly. I left it on the charger for a few more hours until my voltage meter read about 13.5 volts. Since these chargers just go into a maintain mode when the battery is full‚ you can leave them on the charger but in reality once these batteries are charged they will stay charged for a very long time. 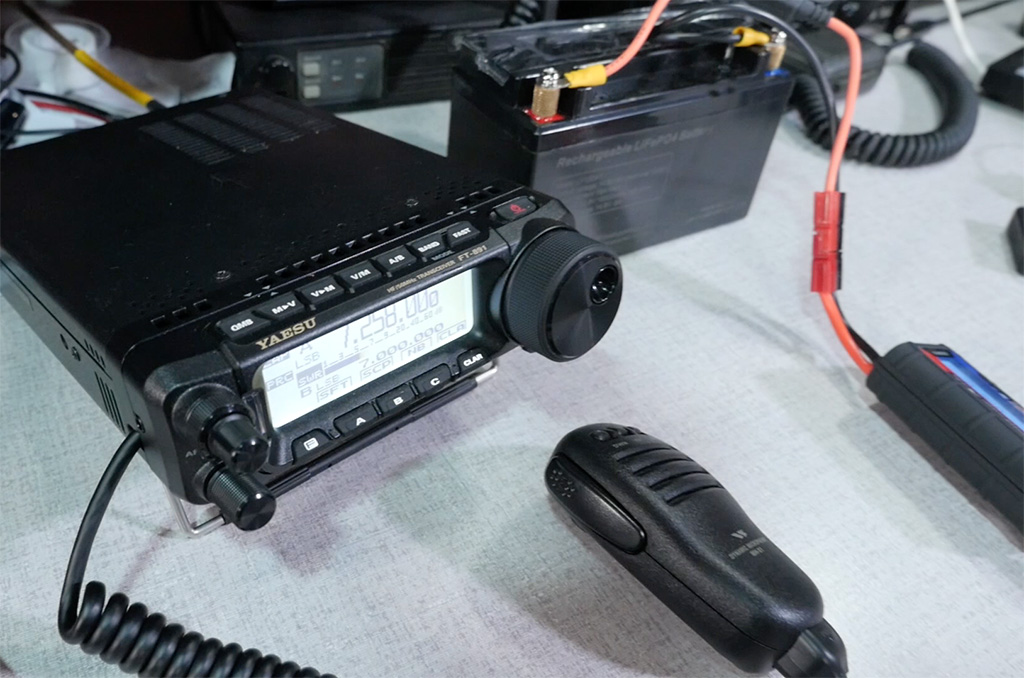 My first test was to see how much power I could draw. The battery is rated for a peak current of 15 amps. This should be good enough for a 50 watt rig but the Yaesu FT-891 pulls up to 22 amps at 100 watts. At 100 watts I was able to draw 17.9 amps with the rig set on single sideband. The fully charged battery was able to handle that just fine dropping down to about 12.2 volts during the transmission. I’m sure if I had the radio set to a full duty cycle mode like CW or AM the battery would struggle‚ but still this was a good test of its capability. I left the rig on for the rest of the day and with a one amp draw on receive‚ it lasted well over 9 hours before the voltage dipped below 10. So peak current handling is quite good and standby time is excellent. 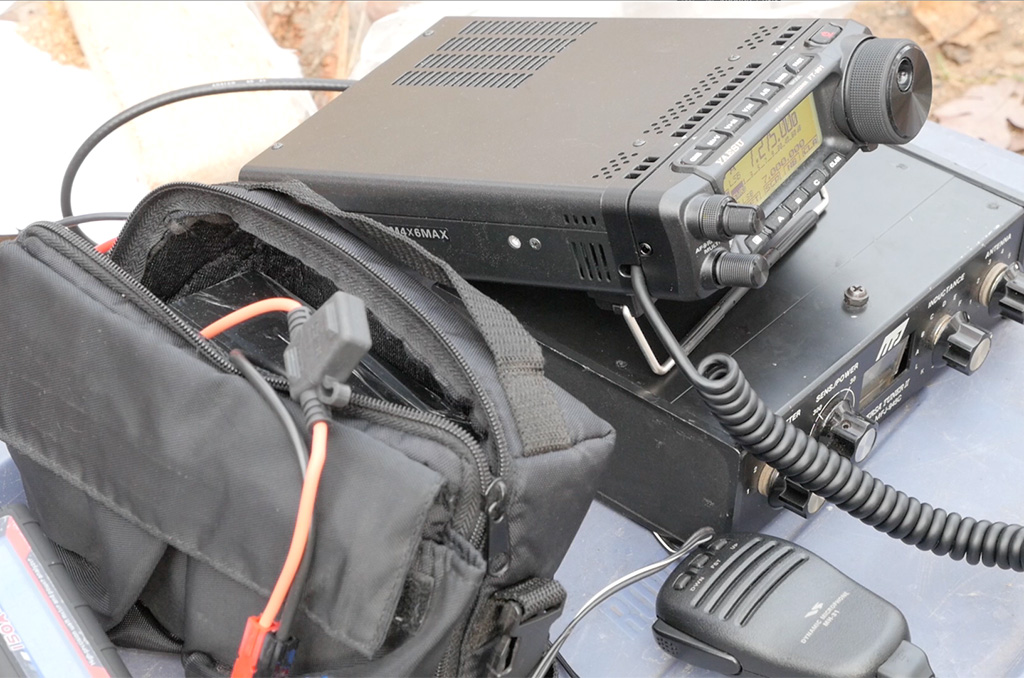 For a more substantial test I took the battery out into the field. You may have remembered my recent video of the Parks on the Air activation in northeastern Wisconsin. I used this battery exclusively during the activation so I got some great real world experience with it. For the entire weekend I had my FT-891 set to 50 watts to extend the life of the battery and my peak current draw was about 7.9 amps. I ran the battery for two periods of about 3 hours total‚ calling CQ and making contacts the entire time. In the morning session which the longer of the two I consumed 4.78 amp hours or 59.5 watt hours of power. This is approximately half of the battery’s rated capacity. Starting out the voltage was 13.35 volts and I ended up at 12.7 volts. As I took a break I attempted to charge the battery on the solar panel but there really wasn’t much sun and my 100 watt panel could only deliver about .7 amp hours of power. Still a couple hours of that was enough to refresh the battery for a bit and I ran it for another hour or so in the afternoon making a total of 50 contacts during the day. 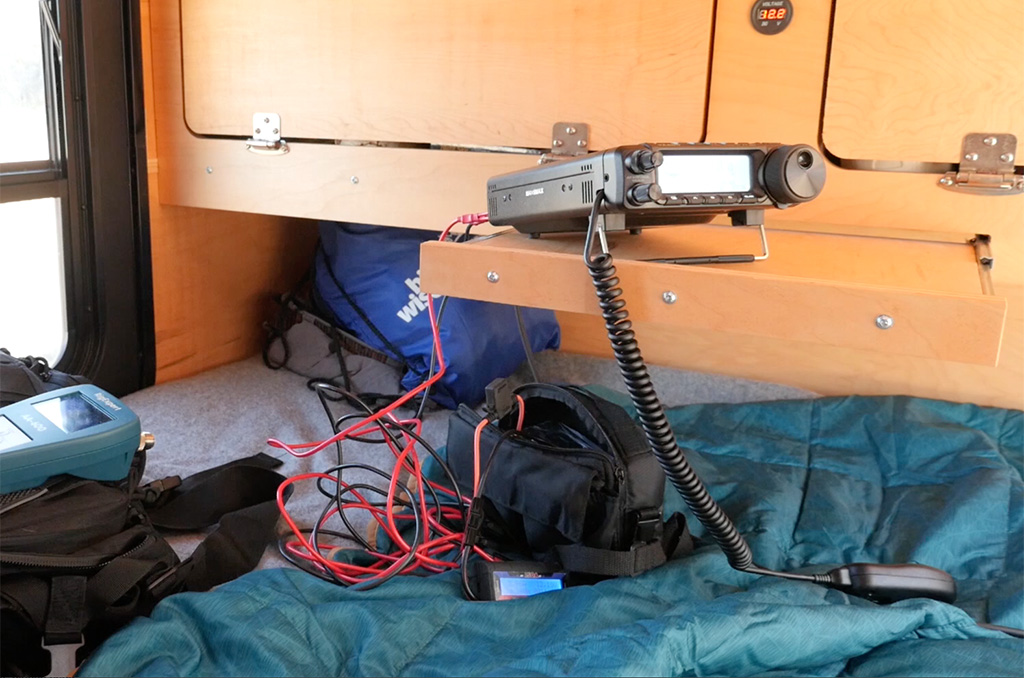 The next morning I ran the battery for an hour as I participated on the state ARES/RACES net. The battery still delivered enough power for the net the and the couple of transmissions that I made. After that I broke camp and moved to another park to make some more contacts. By the time the battery was getting pretty week. I started out at 12.5 volts and as I transmitted the minimum voltage‚ that is the voltage under load‚ kept dropping and dropping. I was able to operate for about 45 minutes until the battery dropped to 10 volts under load so I called it quits. But remember this is only a 12 amp hour battery. So all in all I got about 5 hours of operating with 50 watts at what I would estimate to be about 50% duty cycle. I called CQ a lot so the battery got quite a workout.

So what’s the good and bad of the Talentcell LF1201A

Downsides of this battery

There isn’t much of a downside other than you will need a Lithium iron phosphate compatible charger. If you plan to use solar to charge the battery you’ll want to make sure the charge controller also has a lifepo4 setting. But most of the new chargers and controllers have that feature. Another consideration is that while lithium iron phosphate batteries will operate in colder environments‚ they will not charge if the batteries is colder than 32 degrees fahrenheit.  Really for the price this battery is an excellent value. I spent just as much money for a U1 sized 33 amp hour AGM battery a few years ago and this little battery delivers just as much power. I could buy two of these batteries and still be out ahead compared to purchasing a 20 ah lithium iron phosphate battery.So if you are in the market for a new battery‚ the Talentcell LF1201A is a great battery at an affordable price.

So what are your thoughts on the Talentcell LF1201A lithium iron phosphate battery? Leave a comment below, I’ll filter through them and keep the conversation going. Maybe one will even show up on the next your questions answered video.