October was crazy‚ the month started out with QRZ.com reporting that I was dead. Then I had a busy month of amateur radio activities including helping our local club relocate some repeater equipment‚ attending the Wisconsin ARES/RACES conference‚ and spending this last weekend activating a pair of Parks on the Air entities. The POTA activation was probably the most fun I had in a long time so if you hadn’t seen that video I recommend you check it out.

Speaking of Parks on the Air Alan asks:

“for someone not familiar with this – what is a ‘Parks on the Air Activation’? Do you register your contacts in some database?”

Parks on the Air is a program where amateur radio operators work portable in national or state parks and forests. Activators and park hunters can receive points and awards for their participation. Plus it’s a lot of fun! Details on the program can be found on the Parks on the Air website: https://parksontheair.com/

Like I mentioned at the beginning‚ I attended the Wisconsin ARES/RACES conference and while there I recorded a couple of the breakout sessions on digital communications. The video on “How to Get on the Digital Voice Modes” generated a statement by Rod:

An internet via amateur radio when disaster strikes.  Just wow

Comments like this always make me wonder why a particular mode should be dismissed because its utility as an emergency communication tool may be low. Just because a digital mode can be tied to the Internet doesn’t make useless in a disaster. I also wonder why many people make the assumption that during a disaster we will be without the Internet.

Granted‚ the Internet may be compromised in the affected area‚ but outside of that- IP enabled communications would be an excellent resource for passing traffic for the affected area. Plus technologies like Mesh and AREDN which use IP technology and ham radio know how can create a backbone that would allow digital internet connections into a disaster zone so that our DMR‚ DStar‚ or Fusion radios to function.

Moving on- Joe’s demonstration on low pass filters generated a question from Mike:

Good info from Joe would love to see more from him. is a low pass filter the same as a band pass filter that dx engineering sells? 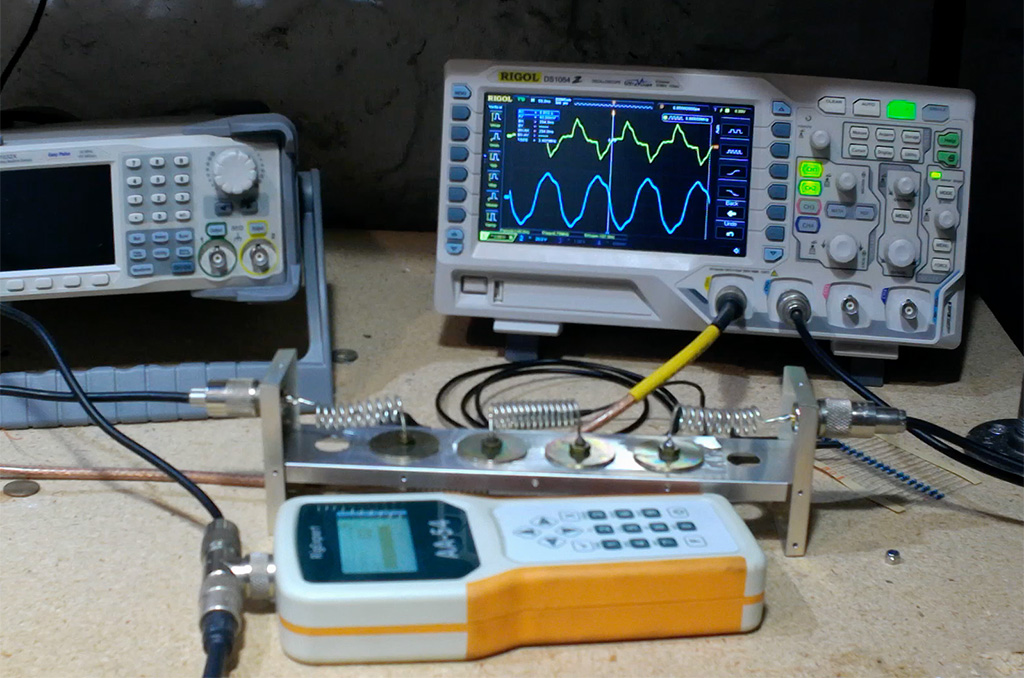 Common applications for band pass filters are situations where you are running transmitters on multiple bands and you don’t want them to interfere; like at a repeater site. The band pass may be set to allow the repeater frequency to pass- reducing interference from nearby transmitters. Another use would be if you are running a station on 20 meters and another person is simultaneously on 40 meters. This is common on special event stations or field day. Stations can use band pass filters to keep each from interfering.

Would like to know what all the different APRS beeps and tones mean. I often hear 3 descending beeps after a beacon but no idea what that means!

The Yaesu FTM-400 is quite a musical radio when you have all the beeps and boops turned on. I almost forgot about this feature as I turned the beeps off as they became distracting as I was driving. But if you are wondering what they all mean‚ head on over to the APRS manual for FTM-400 and on page 95 there is a list with all the beeps and their corresponding notes on a musical scale.

Finally‚ lets talk a little bit about my video on getting started on as a Net Control Operator. I received so many great tips from other net control stations. Thank you to everyone that shared there experience and favorite hacks to make the net control experience better.

Headsets are great in noisy environments and help you focus on the messages. A boom mic is better as it keeps your hands free to take notes or enter information into a computer

All of the local nets I hear and participate in require operators to check in “by providing your callsign slowly and phonetically, followed by your name and location”. This eliminates the need for looking anyone up on a directory based on callsign only and getting it phonetically helps ensure it’s copied correctly. It does drag it out a little more as it takes more time but everyone can begin to associate callsign and name week after week.

As net control‚ you are in charge. If you have trouble copying callsigns or if conditions are such that callsigns can be difficult to discern- by all means slow things down by asking for phonetics or slow enunciation. 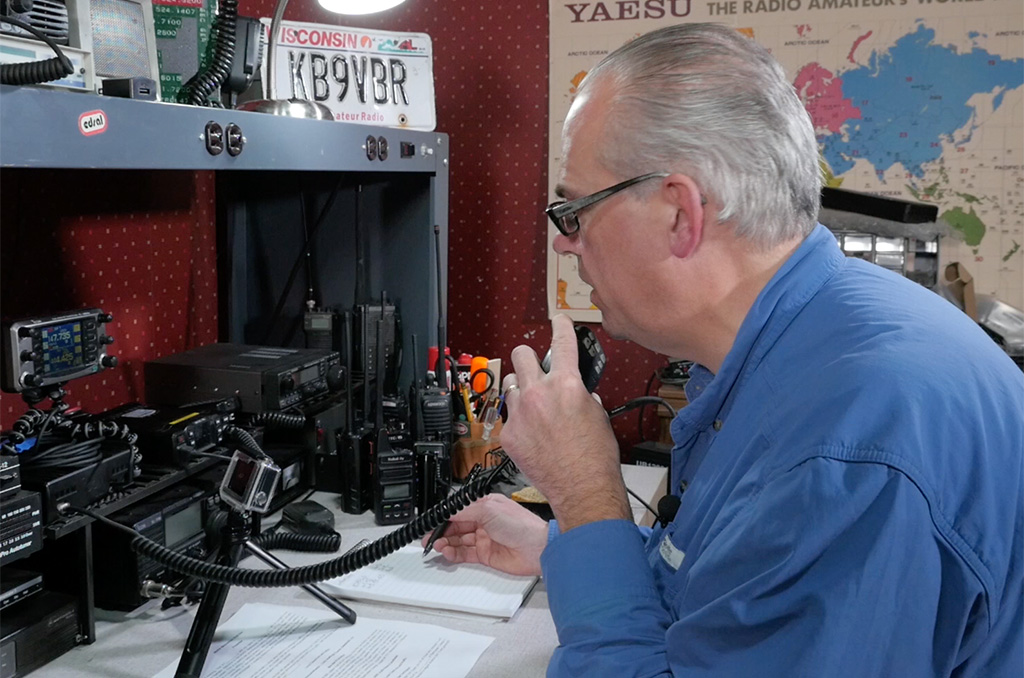 1fanger mentions a common issue on heard on nets- the double key:

One of the nets we have here inPA does one thing I would say is very useful. Net controller always says for everyone logging in to first say, “This is” and unkey for a second or two. Then come back in with their call, first name and location. This does two things for the net control: it prevents doubling and it gives the control station more time to write down the call and other things. Works great for us. It really slows things down to more manageable speed. Another thing about   traffic nets is they really takes a quick hand  and a lot of practice in getting the messages written and delivered.  73, KC3BXZ Joe

That’s a great habit to get into. I don’t know how many times I’ve heard stations not do the pause while checking in and then manage to walk over or be walked on by other stations checking in

Jim has a lot of great tips to remember when you are net control or are participating in a net:

If the purpose of checking into nets or running a net as a net control operator is to prepare for handling “emergency”/disaster traffic in behalf of the Red Cross, other ngo, hospitals, or government agency (e.g., handling logistics traffic for the latter), it is >really< good practice

1. Avoid Q and any other codes. Full Stop!

3. Use ITU phonetics for ANY and ALL words that might be misunderstood (ESPECIALLY if you don’t know how a word might be pronounced!), regardless how good/noise free the RF path.

4. Use as few words as possible. More words = more clutter. Practice for public service for bike or running events or other. Few words = less time on the air in case a station needs to break in with priority or emergency traffic. (Monitor the fire services for a clue about this).

5. Take full charge of the net, giving example of good technique when you key down. Advise other stations to be brief and avoid codes. Q-codes might be cute and “hammy” but they obfuscate meaning to those unfamiliar with them (especially those of a served agency listening over your shoulder).

All very good points. Weekly swap or fun nets tend to be a little more loose in operation. When I operate an emergency communication net (whether as a drill or a real event) I ratchet up the structure to keep things moving in a quick and organized fashion.

Thank you. Tried my hand at net control several times this summer.  Received great advise from some elmers in the local club. One thing I also did was be the alternate control station. I too spent time just writing call signs and names like you indicated. Great information, thanks again. 73  Vern.

A couple commenters suggested starting out as an alternate net control. This gives you great training as you are working alongside the net control station to copy check ins and traffic. Being an alternate will give you the feeling and experience of running a net without the fear of messing up.

And Speaking of traffic: Alan asks:

What does “no traffic” mean? or “with traffic”

In net parlance‚ to say you have traffic means that you have a message for the net. Hams tend to be peculiar in their terminology so when we have a message for the net we say traffic instead of the word message.  This traffic or message can be as simple as an announcement or as formalized as a Radiogram. A common style of net found on the HF bands are traffic nets- where stations are passing highly regimented messages. These messages can move locally‚ regionally‚ and nationwide via the National Traffic System. Back in the day when long distance phone calls were expensive and telegrams were a method of communication- it was quite common to send and receive these messages. Now a days the system runs mostly as an adjunct emergency communication network. Operators pass the messages mostly to maintain the network and keep up their training for an emergency scenario that may require it. I’m really only scratching the surface on the national traffic system and will devote an entire video on it‚ but it is a vital part of the amateur radio services overall emergency communication capability.

That’s it for this month’s questions. As more colder weather is settling in‚ I’m moving to more indoor operation. But I’ve got a couple product review videos planned for this coming month. If the weather is nice I may still something outdoors- Joe and I do have something up our sleeve we want to accomplish before it snows too hard. And of course If there is a topic you’d like to see leave me a comment and I’ll add it to the list.