Should a Baofeng be your first ham radio?

Hey, I’m gonna start things out by doing a little test. I have two radios: my Yaesu handheld, this is the VX-8R and a Baofeng UV5r. I’ll do a couple of transmissions and see if you can tell the difference between the two. I’ll have the answer at the end of the video.

These little Baofeng handhelds, some have called them the savior to ham radio and others say they are nothing but a scourge to the hobby. But one is for sure, they are inexpensive and most new hams gravitate to them as their first radio due primarily to the price. So in this video I’m going to look at some of the pros and cons and if the UV5R is a good choice for your first radio. 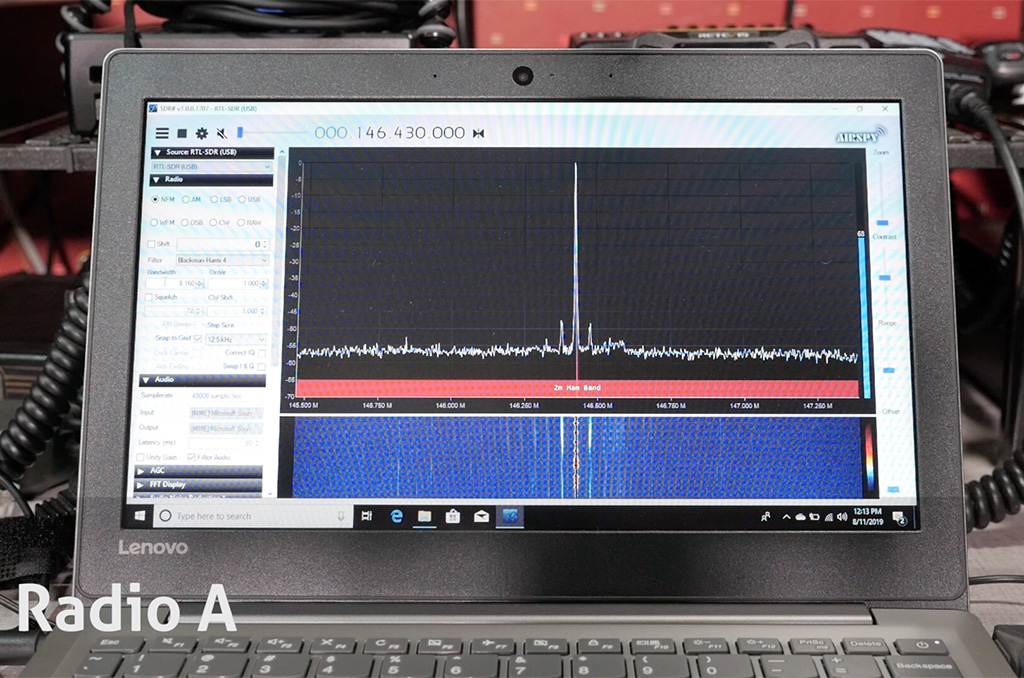 I’ll start with the the number one reason why Baofengs are a good first radio: UV5R handhelds are inexpensive

If you scour eBay and Amazon, you’ll find Baofeng UV-5R style radios for around $30. Why is that? It boils down to technology. The little radios are highly integrated, using Software Defined Radio technology and Direct Conversion RF sampling to inexpensively produce a handheld radio. Most of the operation is on a few integrated circuits so they can be cheaply produced. Combined with large scale integration and the low cost of overseas labor, you have a radio with decent performance at a low price.

But what they lack is the filtering and selectivity you’ll find in more expensive models, which can be a downside- so they can be easily overloaded by strong nearby transmitters, and they may not be able to receive weaker signals as well as a more expensive transceiver.

But still, their performance is quite good and they will have no trouble operating under typical conditions. In fact, if you were to use on on your local repeater, I highly doubt anyone will be able to tell what radio you are using.

Unfortunately, Their low price point can also affect the quality control. If you shop the upper end of the UV5R price range you’ll be getting a radio with better quality control and end user support. These radios pretty much all come out of the same factory, but may be produced in lots or batches with different levels of quality control. Or as the radios are tested when they come off the line, the ones that fail the quality test, may be rebadged and sold by a lesser distributor. Third, as cheap as a UV5R is, there are also counterfeits, which can be so cheaply produced that they are sold at a price too good to be true. 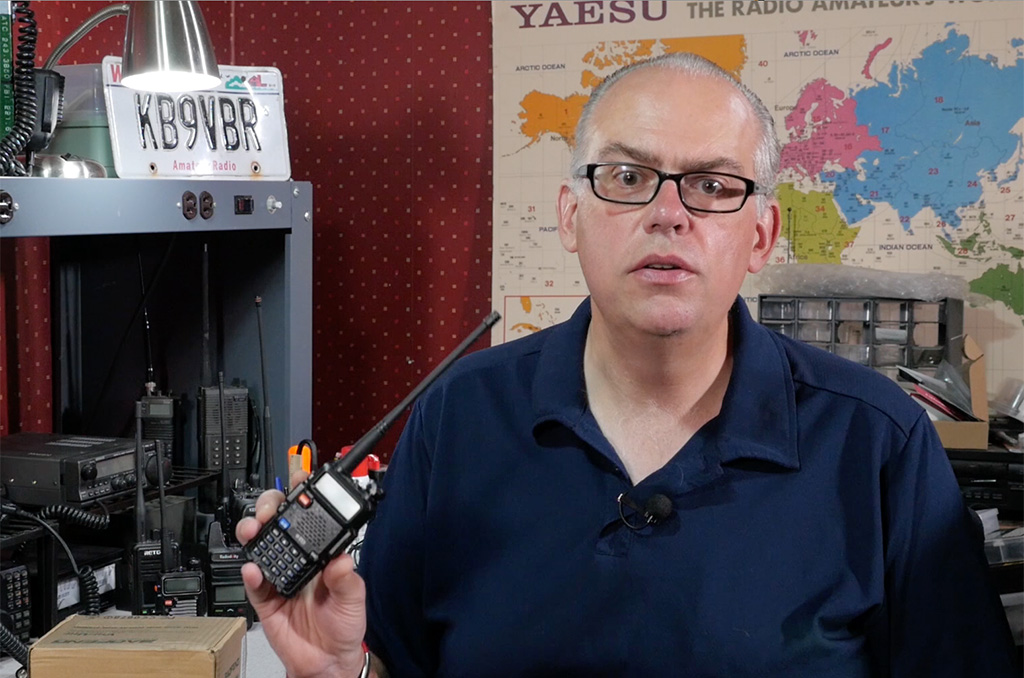 But despite all this, the newer Baofeng models are of decent quality and their quality has improved over the years. I believe that they are now reasonably good. Still, the bottom line on performance and quality is that you get what you pay for, So steer clear of the counterfeits and bargain basement models and purchase one from a trusted distributor, product reviews are your friend on that standpoint.

When the UV-5R hit the market many years ago, its method of programming was quite alien compared to other radios on the market. These radios also initially came with custom programming software that was utter trash. But applications like CHIRP have made this process easy and programming one of these radios is more like cut and paste on the computer.  And finally, the batteries last forever

Put this radio away for six months, pull it out and the battery will still have a charge on it. Using the radio the battery will seem to last all day and certainly on standby you will get a very long operating time. So these radios are very well suited as backup rigs that can be stowed in a backpack or go-kit and be ready for that occasional use.

But there are downsides, some of which have become a big sticking point with some people in purchasing or using these radios. namely, there is still some question on the legality of Baofeng radios, primarily on two different issues. First is their ability to transmit anywhere on the VHF and UHF bands and second with the cleanliness of their transmissions.

So a handheld radio transmitting on the VHF amateur radio bands needs to limit all spurious emissions, that is the spurs and harmonics to a level of 40db below the transmit frequency. Can a Baofeng radio do that? 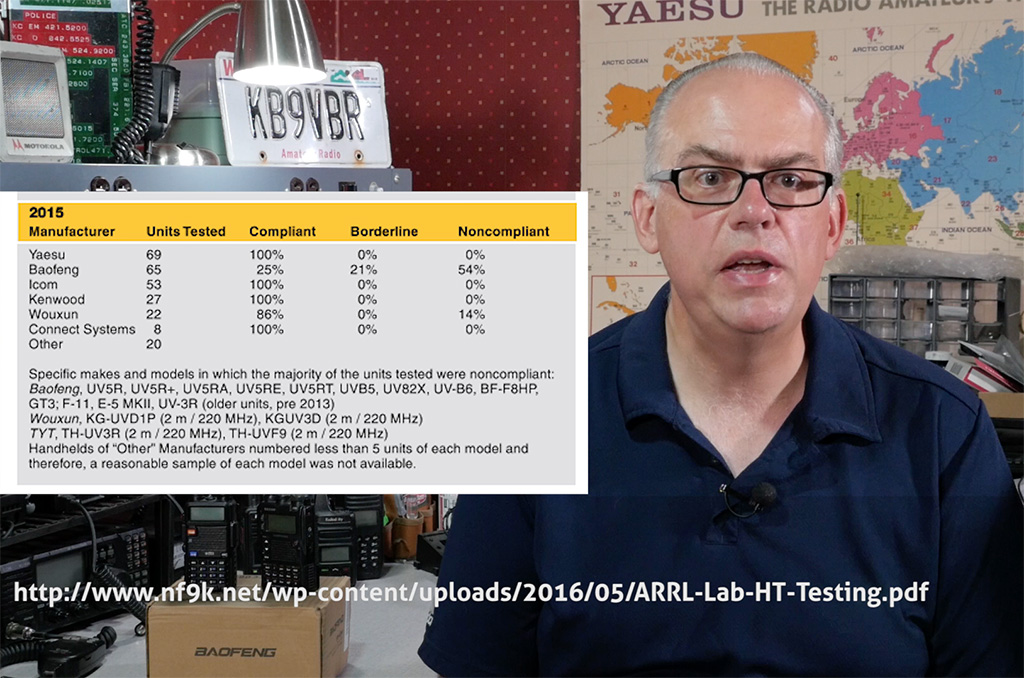 Well, yes and no. There was a study conducted by the ARRL of spurious emissions created by several models of handheld radios. For several years the league surveyed handhelds submitted to them at by amateurs attending the Dayton Hamvention and found that major manufacture’s radios generally passed the spurious emission test and Chinese manufactures did not. But the results of this test are several years old and I contend that newer Baofeng UV5Rs on the market have generally improved in their ability to produce a clean signal.

So what are my recommendations? Is a Baofeng a good investment. I think so. The radios are inexpensive and they work well. There’s nothing wrong with picking one as your first radio as you dip your toes into the amateur radio world. I keep a couple in my camping trailer because I know the batteries will last forever so they will have power when I turn them one. The technology platform they are built on, that is direct conversion reception, is the direction the market is heading. So my only caveat is that with these radios you get what you pay for, so spending a little more, or going with a better known brand, you are reasonably assured that you will get a model with better quality control.

Now for the test results, I’ll replay the clips, this time identifying which radio is which.

Did you get the right answer? It’s pretty tough to tell the difference and over the air, another listener will be hard pressed to determine what kind of handheld radio you are using.

So what are your feelings on the Baofeng UV5R? Is it a good starter radio or should a new ham look at something else? Leave them as a comment below, I’ll filter through them and keep the conversation going. Maybe one will even show up on the next your questions answered video.