Chameleon Antennas recently updated their Modular Portable Antenna System or MPAS with the goal of it being the most versatile, high performance, and rugged HF antenna system on the market. I think they’ve certainly hit that mark with the MPAS 2.0.

The Chameleon MPAS 2.0 is no one antenna, but several rolled up into one modular system. This building block approach makes it very flexible as you can deploy it as a vertical antenna, a horizontal antenna, end-fed, dipole, and even a man pack portable antenna. With this level of versatility, Chameleon is clearly targeting the governmental and military markets along with NGO or non governmental organizations. But really this is perfect for the amateur radio market, prepper survival communications, and outdoor enthusiasts: especially those that want an infinitely deployable antenna for field operations. 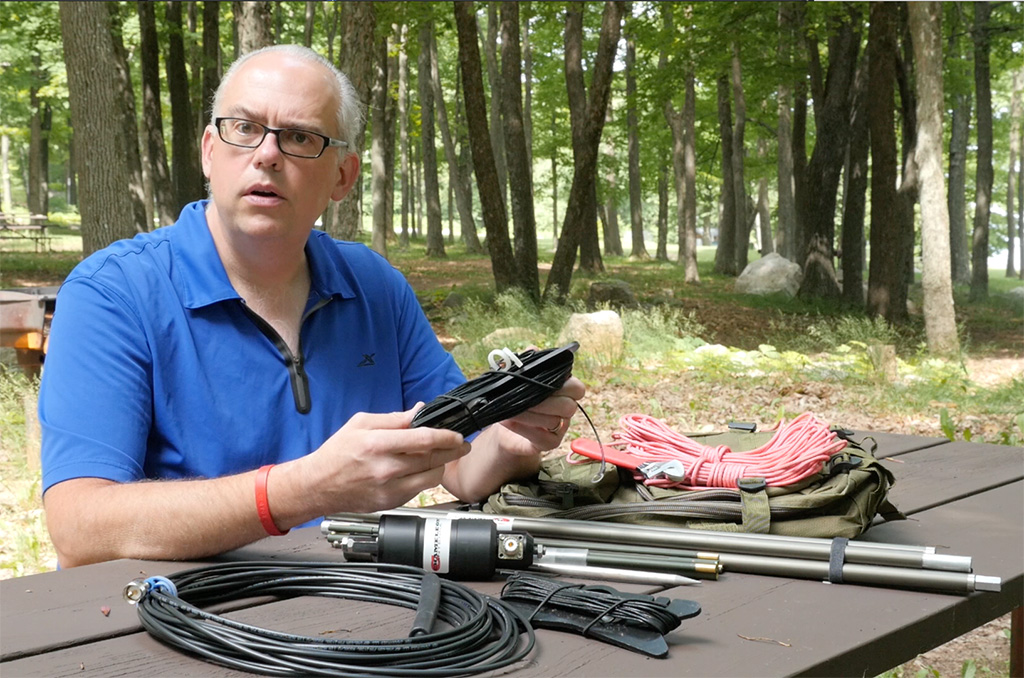 It’s really everything that you would want in a portable antenna system rolled up into one nice kit. So let’s take a look at the chameleon MPAS 2.0, and really the core of the kit is their hybrid micro 2.0, this is a five to one transformer that allows for broad band antenna tuning between 1.8 and 54 megahertz when you use an external antenna tuner. Other components in the kit are 73 feet of, of wire with wire connectors and captive rings to aid and deployment. It also comes with 25 feet of counter poise wire and the Mil-whip 2.0. it’s nine feet, four inches a long. When a fully deployed, it’s constructed out of brass and without a bungee in the middle.

Add to that, the Mil-whip extender. This is eight feet, nine inches long when deployed. And that these two units can be combined to give you a whip that is a little bit over 18 feet tall. Finally, the ground spike, a stainless steel spike with a screw connector.  So you can ground mount the hybrid micro and then the whips. And then finally, uh, you get 50 feet of  RG-58 coaxial cable with pl-259 connectors on each end with ferrites to help eliminate some of that common mode interference or the RF energy returning back down the feed linked. 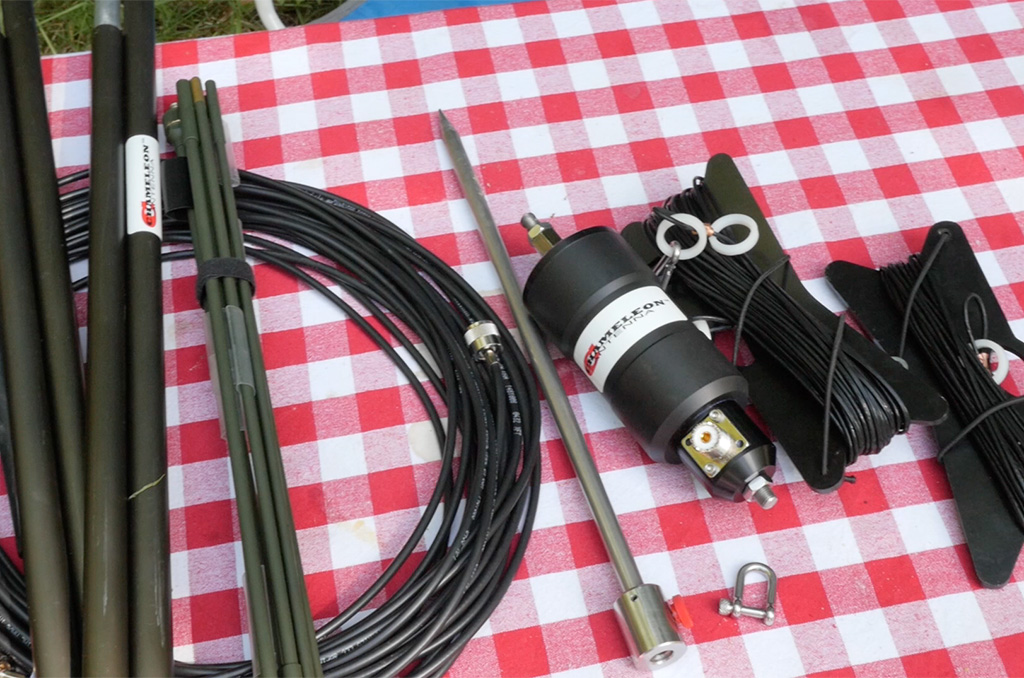 Now, in most circumstances, the SWR, for the MPAS 2.0 between the 80 meter and the 10 meter band is going to be under three to one. So if you’ve got a built in tuner in, your rig should work at that, that auto tuner should work quite well, uh, with this intense system. Otherwise on external to tuner is, is really required, although I have found that this antenna is resonant on the 20 meter band. So, you will get very good resonance there, but on the lower bands tuner is almost necessary. Now, one thing I really do recommend is you do read the instruction manual before you begin using the MPAS 2.0, the 24 page instruction manual is concise and very well written, but it has lots of tips and instructions on how to use the intended effectively plus different methods of the deployment.

Using the Chameleon MPAS 2.0 as an NVIS Antenna

Part 2 of my look at the Chameleon MPAS 2.0 Modular Portable Antenna System. I set the antenna up in the horizontal NVIS (Near Vertical Incidence Skywave Propagation) configuration and attempt to make some regional contacts on 80m.