Your Questions Answered and a Channel Update, August 2018

Up next, I answer your NVIS questions and stick around for the end for a special offer and update. 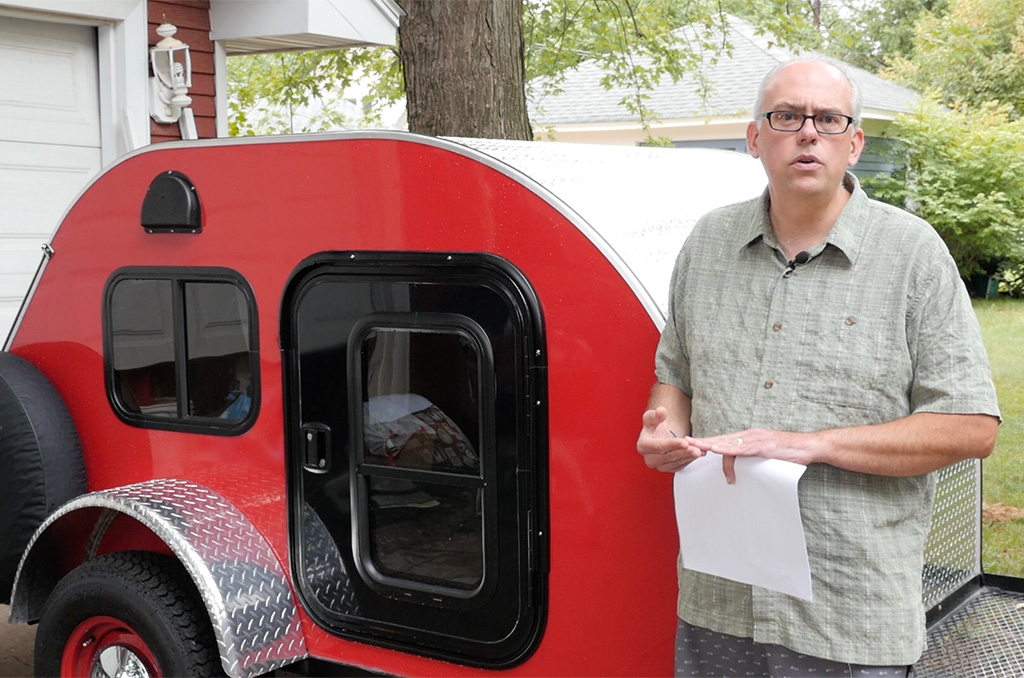 Thanks for watching my previous video on the TC Teardrop camper tour. I know it’s not amateur radio related, but the little camper has been a backdrop for a couple of videos now and it has generated a bit of interest. I do have a couple amateur radio and camping videos in the works, let me know if you want to see more content like this.

But now, on to the questions. My video on NVIS antennas generated quite a bit of discussion. Many viewers are using NVIS style antennas, so it was great to hear their experiences. Remember, NVIS or Near Vertical Incidence Skywave propagation is a very low mounted wire antenna has will give you an effective range of 100 – 300 miles on the lower HF bands. Once such comment on its use by Kjarten follows:

In my area the only drawback with NVIS is ionospheric condition. Especially when operating above the polar circle. Often the ionosphere does not play ball and the frequencies needed for NVIS is killed off in a strong D-layer or by other PCA-events. Then long-haul is necessary to get communication going.

These are all good points and NVIS isn’t just about the antenna, propagation also has big part in getting your signal out. Since you are bouncing the signal off the ionosphere’s F2 layer, the layer’s strength will affect what your maximum useable frequency is. Also at higher latitudes your maximum useable frequency for NVIS will be lower and the MUF will increase as you move towards the equater. So along gulf coast NVIS may work best on 40 meters, but along the 45th parallel here in northern Wisconsin, the 75 meter band may be our best choice. With Kjarten, living near the polar circle, the MUF could be so low that NVIS may not even be an option. There is handy website that offers a near real-time plot of the F2 layer critical frequency, so check out the Near Real Time F2 Layer Critical Frequency Map. 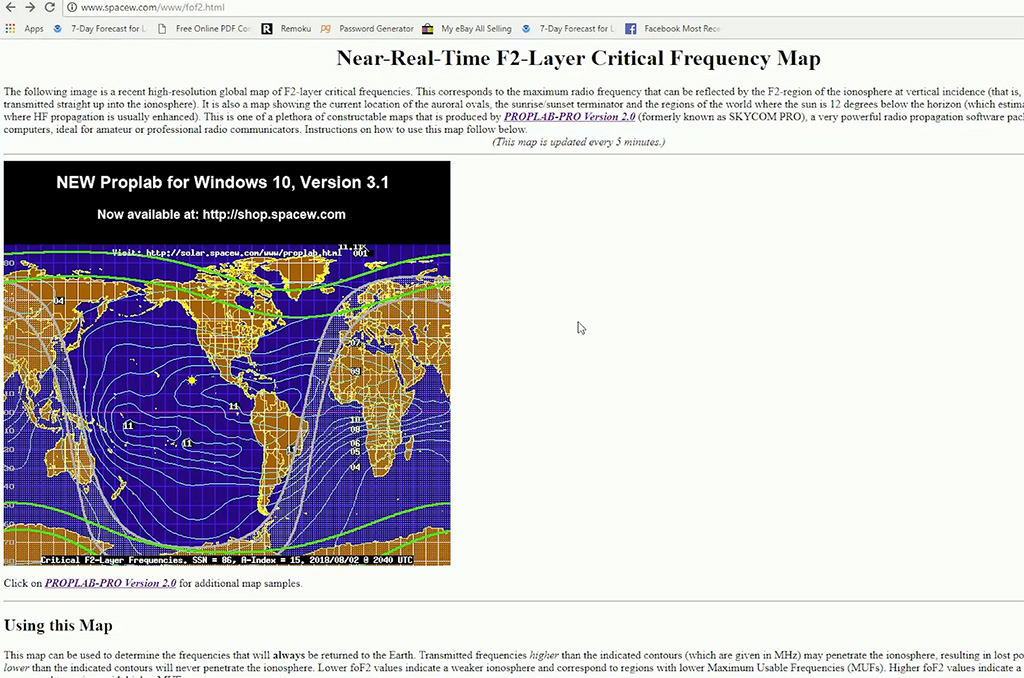 Another question reads as follows: Great video and demonstration.  NVIS is viable and works great.  I guess one small downside is the other station must also be working NVIS also and most station aren’t setup for NVIS so this reduces the possibility of contact.

Yeah, for optimal performance everyone should be operating with NVIS propagation. Earlier in the day when I made the video I participated in our statewide ARES/RACES net on 75m. The signals would come in either full scale or S1, nothing in between. Listening in, it was easy to tell which stations had a greater skywave component to their signal than others.

Also, with NVIS, we’ve been talking about wire antennas, but I did receive this question: What about polarization? I see you appear to be horizontal with your dipole.  Does it help to radiate vertically at all (or hurt)?  Any thoughts?

NVIS antennas usually are horizontally polarized. The reason is that vertically polarized antennas  on HF tend to have a low RF radiation take off angle, so more signal goes toward the horizon than straight up. I’ve done A-B switching between an NVIS dipole and the Silver Bullet 1000 vertical during our statewide ARES/RACES net on 75m and notice that the dipole will be 2-3 S units stronger for signals within the 200 mile radius.

And, NVIS really doesn’t depend on one particular type of antenna, I was using a simple 40 meter dipole, but it also could be a couple of hamsticks in dipole configuration, or like Al writes:

Nice demo!  I have used an end fed  antenna (Ultimax-100, 24 feet long)  inside a motel room at about 8 feet off the ground to make NVIS contacts on 80 meters!

Low mounted end-fed antennas are a viable NVIS option. You can even lay the antenna on the ground and still receive acceptable results.

An 88 foot doublet may be a viable option. It is relatively short. The only downside is that it’s fed with ladder line and you will need a capable tuner for the lower bands.

I hope this clarifies things, but feel free to keep those NVIS questions coming. 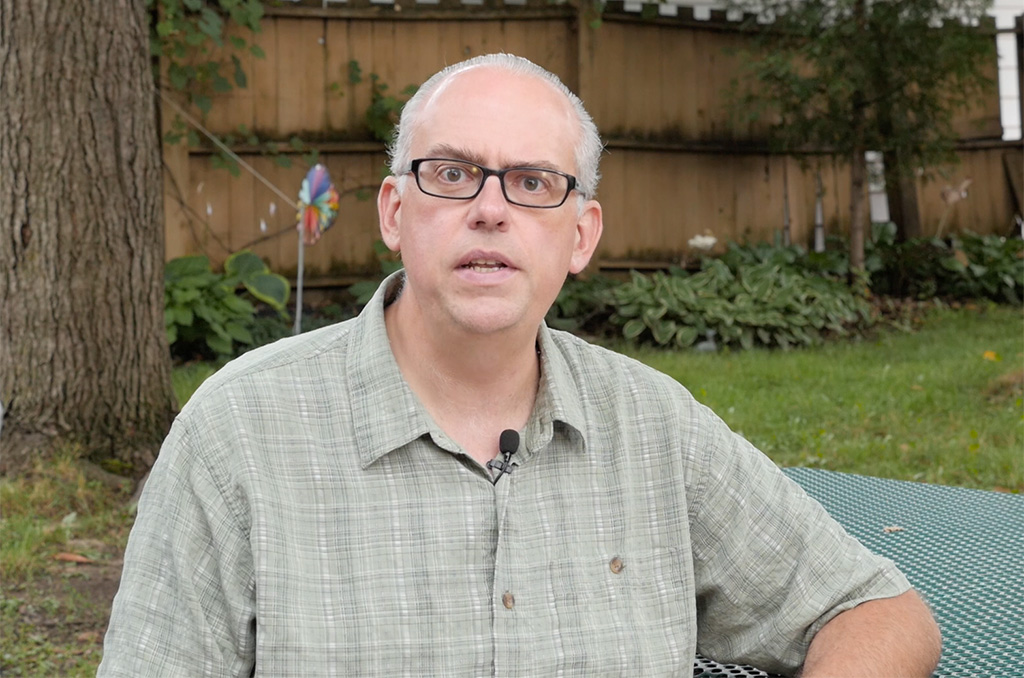 This appears to be just like the Anytone 778uv in appearance and spec by spec. With the exceptions that the Anytone can be manually programmed and is already open to 70cm.

Also, Eddie follows up with I wonder if it is perhaps manually programmable like the 778uv- I did a short video on it – they appear to be almost exactly the same

The specs on the Retevis website indicate that you need the cable. But digging through the manual, it does state that you can manually program a channel. Your video outlines the same process, so I hope you don’t  mind that I share it here: https://youtu.be/wlkDfDSwT9U

looks good but im seeing many clones available under the “anytone” brand and others, who really makes this radio?  The price point is perfect for me as a beginner.

That is a great question, and I’m not sure who or which company is the original manufacturer of these radios. My guess, which is how a lot of things are built in China, is that these companies contract out the production and a private label manufacturer produces them. But even if they come off the same assembly line, there can be variations based on the specifications and quality control. My recommendation is to stay with the top tier brands like TYT, Anytone, Retevis, Btech, Baofeng, etc.

Couple items before I close, first, save the date for the Wisconsin Parks on the Air. Coming Saturday September 15, state parks and forests will be activated for a one day event. Details are at wipota.com. I’ll have a video with more information, but I hope to hear you on the air that day.

Also, hey, thanks for watching. We just shot past 5,000 subscribers this last month and we are on track to hit 10,000 by early next year. So I really appreciate your continued support in helping make this channel a success. To celebrate this milestone, use the coupon code 5000 to get a 5% discount at my store, www.jpole-antenna.com. So head on over and pick up a  VHF or UHF antenna. This offer is good through the month of August, 2018.