About a week ago our ARES/RACES group participated in the ARRL’s Simulated Emergency Test. In this nationwide exercise amateur radio operators participate in a variety of mock disaster drills and communications tests. But did you know that the SET has been going on much longer than you imagined.

Last week I received a call by a reporter from our local newspaper. She had pulled a picture out of the archives from 1951 and was looking for some background information. As I read the caption, I realized that the gentlemen in this picture where participating in the same event that our ARES/RACES did just a week earlier. 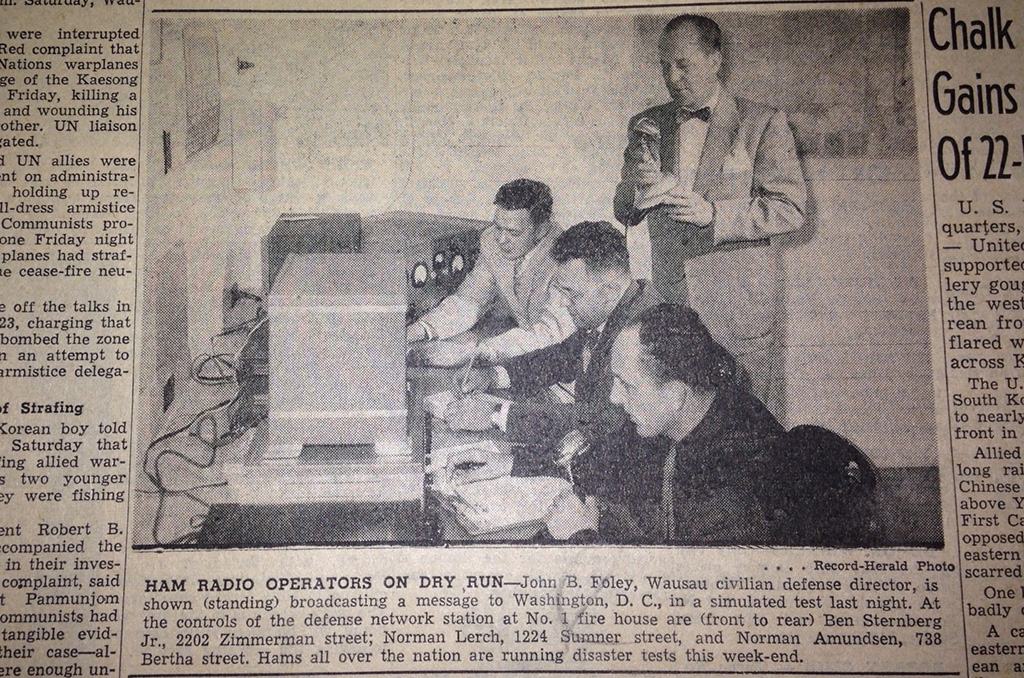 On Oct. 12, 1951, Wausau’s civilian defense director, John Foley, standing, broadcasts a message from Fire Station No. 1 in Wausau to Washington, D.C., as a simulated test of a nationwide ham radio disaster communication system. At the controls of the local defense network station are Ben Sternberg Jr., from foreground, Norman Lerch and Norman Amundsen, all of Wausau.

The three men, now all silent keys, pictured at the radio where longstanding members of our local amateur radio club, the Wisconsin Valley Radio Association. I surmise that since the picture was taken in October of 1951, that they were participating in the annual Simulated Emergency Test, or a forerunner of that event. The WVRA had an amateur radio station located at the Wausau fire station (until the current central fire station was constructed in 1962). At that time the station was moved to the Marathon County Courthouse. The purpose of this station was for emergency communications as part of the Radio Amateur Civil Emergency Service (RACES) which provided auxiliary communications for Civil Defense. Amateur radio operators routinely staffed the station for emergency tests and drill nets. I believe that the station was also used for recreational purposes, but the majority of the traffic was emergency and Civil Defense drills. Our club has a pile of ‘official’ station logs from the 1960’s and 70’s that operators were required to keep of their on air activity.

By the end of the 70’s these tests, (or at least the record keeping component) was no longer necessary, and changes to the courthouse facility in the 1980’s eliminated the Civil Defense amateur radio station. 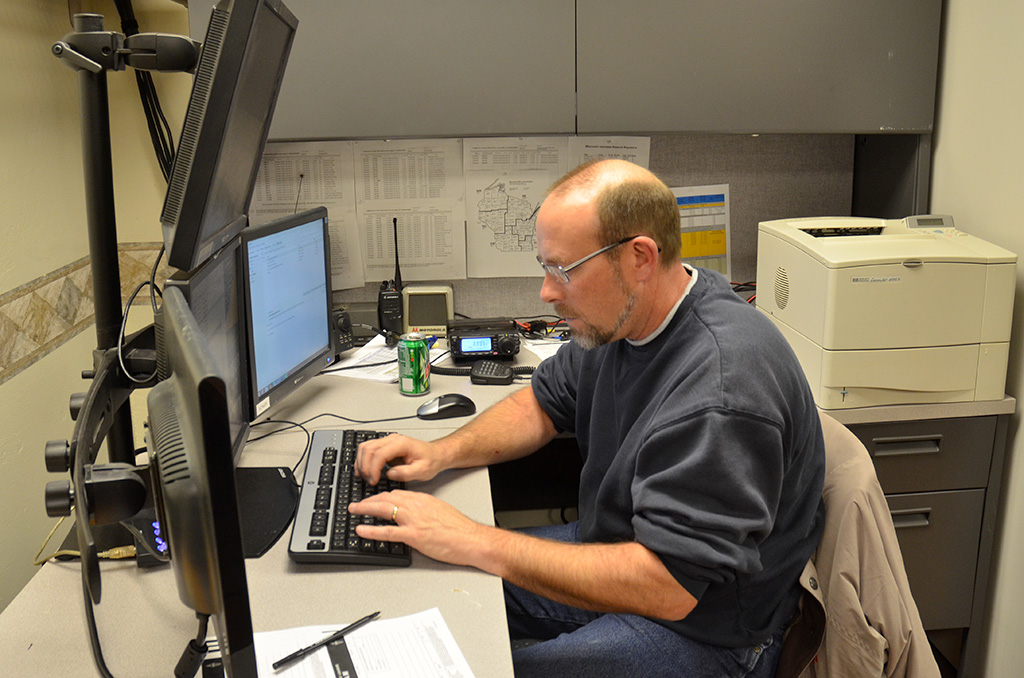 Dave, N9KNY, sending email via the Winlink 2000 system and monitoring the state HF net on the radio in the background of the picture.