Knots for Antennas and Support Structures

I must make a confession. I was never proficient at knots. I used to tie things up with a big ‘goober’ knot of twine. If the knot slipped, I’d just add more twists and loops. The knots weren’t pretty, they seldom held, and heaven forbid you try to untie them. I felt inadequate when I saw someone at Field Day make an elegant knot to tie down a guy or support rope. But on one fateful day, things changed.

When my son joined Boy Scouts and I became a Scouting leader, I learned the art of knotsmanship. I found out that knot tying isn’t that hard and an efficient knot is knot only easy to tie, but holds fast, and unties just as easy. Soon I was rigging my own tents and canopies using simple knots instead of those plastic line grippers or adjustors that would break. I tied support lines and guys with aplomb. I even carried around a set of flash cards and a hank of rope to practice my skill and craft. I became obsessed with good knots.

[pq]Knot tying is one of the most overlooked skills of a ham radio operator.[/pq] You may say, “Why do I need to tie a knot, I just want to get on the radio.” The reason is that getting on the radio requires an antenna, and if you are putting up any type of wire antenna or raising a temporary mast or support structure that requires guying, then proper knots are essential to getting on the air. Here are seven common knots that any amateur radio operator should know and practice.

These seven knots are broken down into three families: Stoppers, Joining Knots, Hitches, and Loops. All seven are knots that a Boy Scout will learn in his first year of Scouting and are the foundation for more elaborate and exotic knots. In learning and practicing these knots, please click on the images to view them closer and watch the video clips. Get a piece of rope and practice along with the video. Happy Knotting! 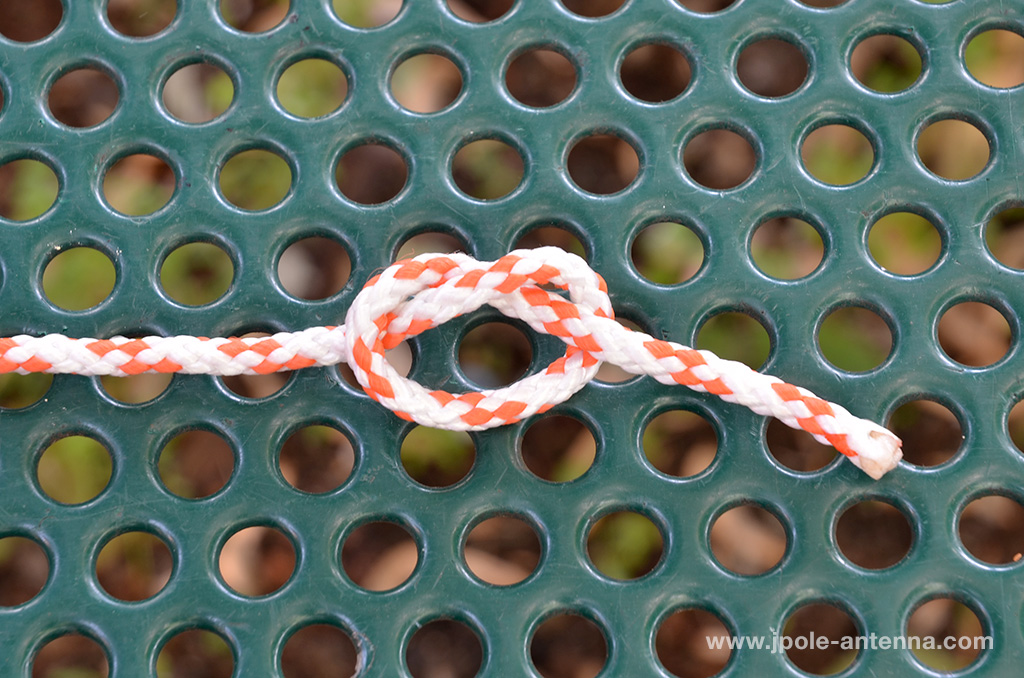 The simplest of knots is the overhand knot. It’s nothing more than a loop tied in a piece of rope. The Overhand Knot is useful for putting a stop at the end of a rope. The only downside is that as it tightens, it can become very difficult to untie. 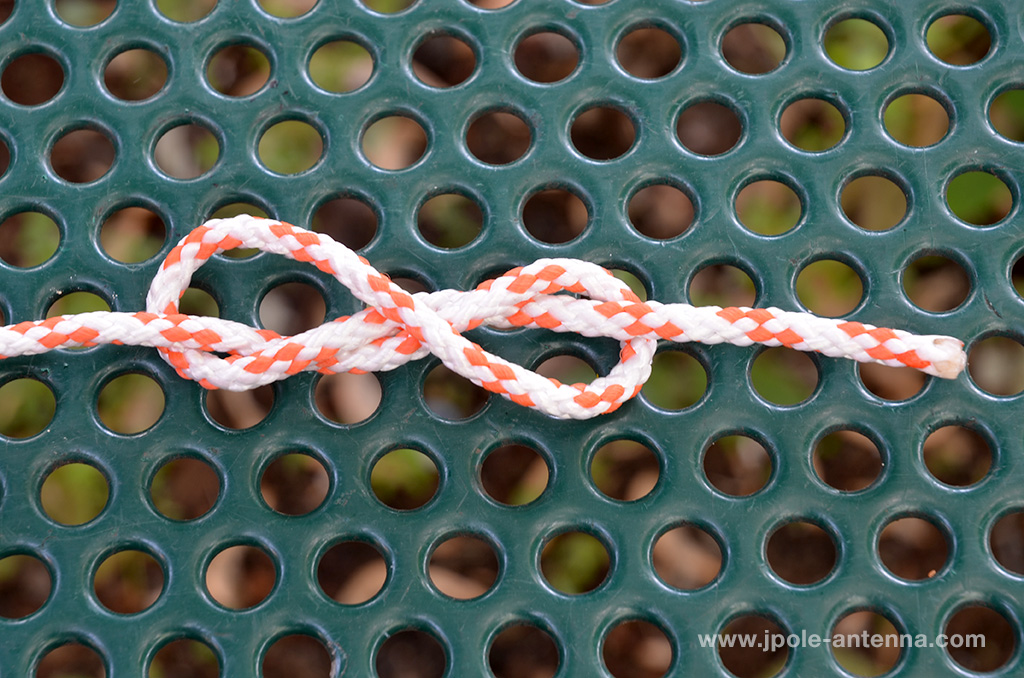 A better choice for a rope stopper is the Figure-Eight know. Two loops and a twist make for a bit bigger stopper and one that can also be removed without too much of a struggle. 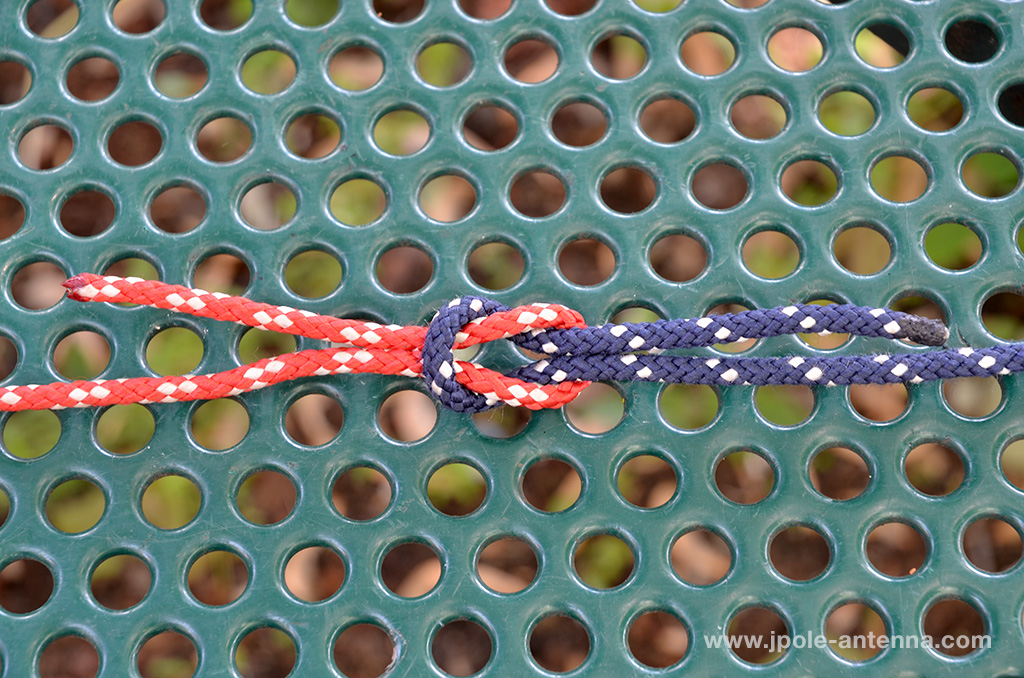 If you can tie your shoes, you already know how to tie a Square Knot. A very easy knot, the Square Knot is one of the first knots that Boy Scouts learn. It’s useful for not only tying up packages, but for also joining two pieces of rope together. Both easy to tie and untie, the Square Knot works best when the pieces of rope are the same weight and thickness. 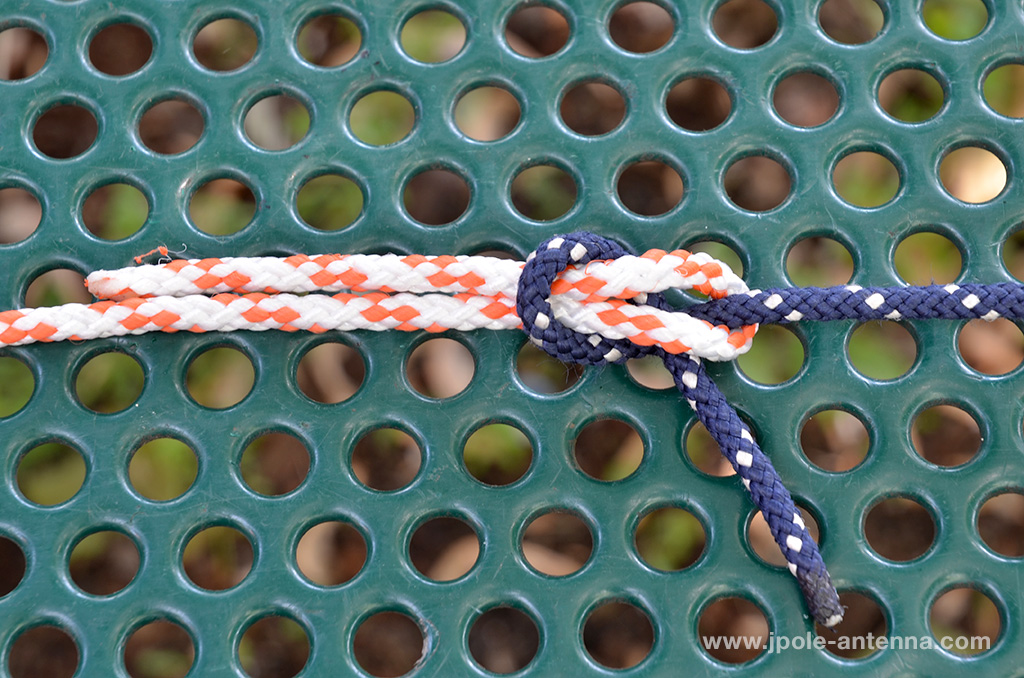 A better knot for joining two pieces of rope, especially when they are different thicknesses is the Sheet-Bend Knot. When would you use a Sheet-Bend? Best example is tying a tag line to a heavier piece of rope. Say you are launching a new wire antenna. You may use thin piece of rope with a weight to get the line in the air and around a support, and then tie off a heavier rope using the Sheet-Bend that will actually be used for the antenna support. The Sheet-Bend is easy to untie when it doesn’t have a load on it, so it shouldn’t be used as a long term joining knot. 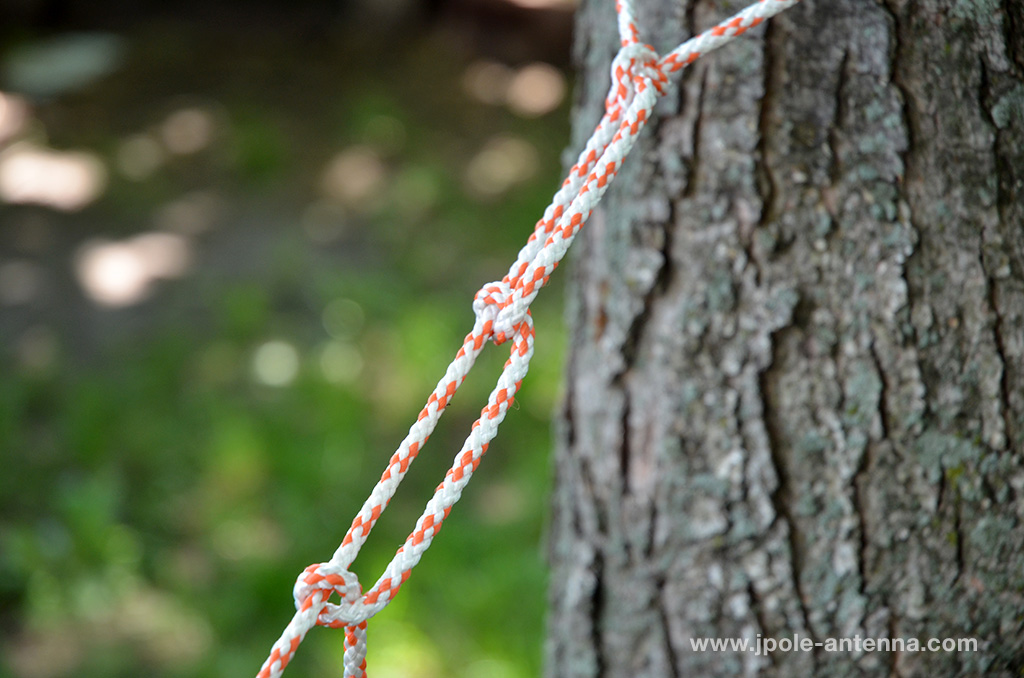 These are my two favorite knots. Two Half-Hitches are a fast, easy, and sturdy way to tie a line around a mast, pole or another structure. Add a Taut-Line Hitch to the other end of the rope and you have a guy line that can be easily adjusted to regulate the tension. This is a great knot combination for guying down masts, tents, and canopies. 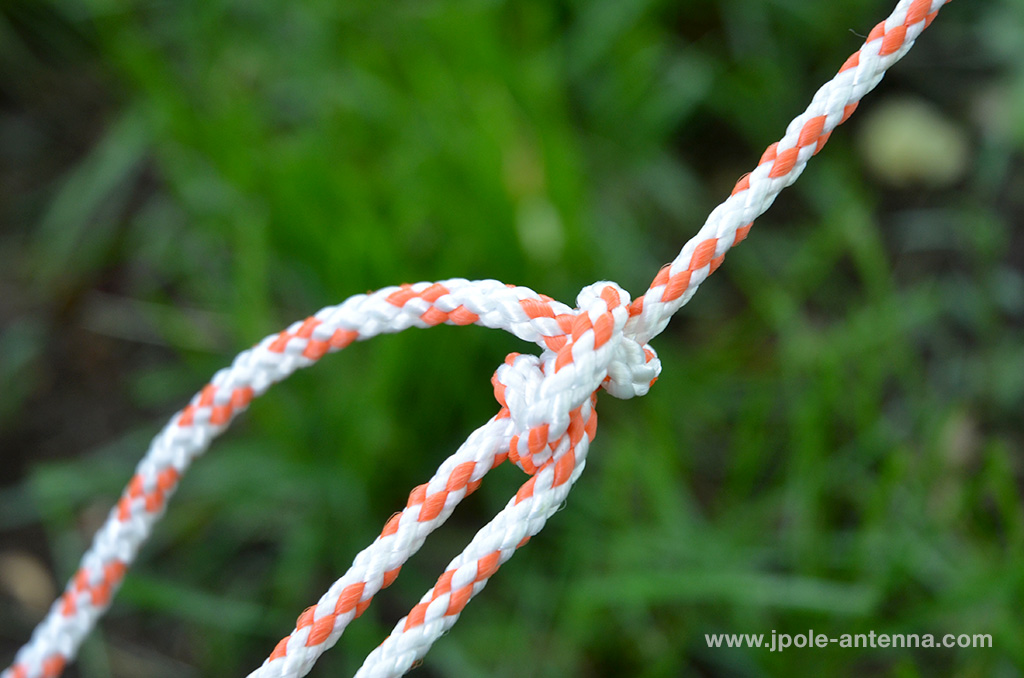 Once you learn how to tie the Taut-Line Hitch you won’t ever need to use those fancy rope tensioners that always seem to break, loosen, or get lost. Your guy lines will also look neat and clean without a messy jumble that can’t be untied or adjusted. 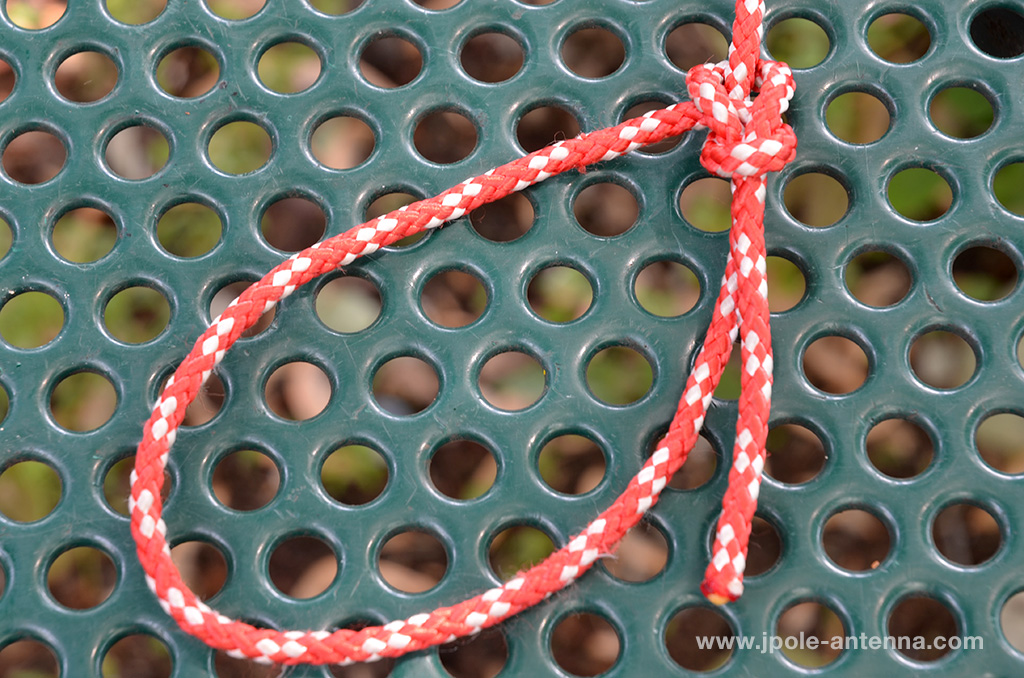 Need a loop at the end of a rope that won’t loosen or tighten up around itself? The Bowline is a great choice. This simple, quick knot can be used to tie loops around objects. It will seldom untie itself, but if extra security is needed, add a figure-eight by looping the free end back around the top of the knot. The bowline is useful for boating and maritime use, you can use the knot to secure an anchor to a line or moor a boat to the dock. Since the knot loop won’t cinch tight, I’ve seen people wrap it around their waist to rappel down a cliff, but I wouldn’t recommend it.

By the way, these knots aren’t just for the radio; knowing them will also sharpen your outdoors and survival skills. These are the same knots taught to first year Boy Scouts. If you ever go camping, boating, fishing, or even work in your yard or garden, you will need to know these knots. So grab a hank a rope and practice when you have a bit of free time. In no time, tying these knots will become second nature.