Anyone that has read my blog for any length of time will know that i’m pretty involved with ARES/RACES, emergency communications, and public service communications. Everyone tends to pick a niche within the wide scope that the Amateur Radio Service covers, and mine is emcomm. With that in mind, the attending the annual Wisconsin ARES/RACES State Conference is almost a given. The conference is a great opportunity to sharpen my skills and network with other like minded Amateur Radio communicators. 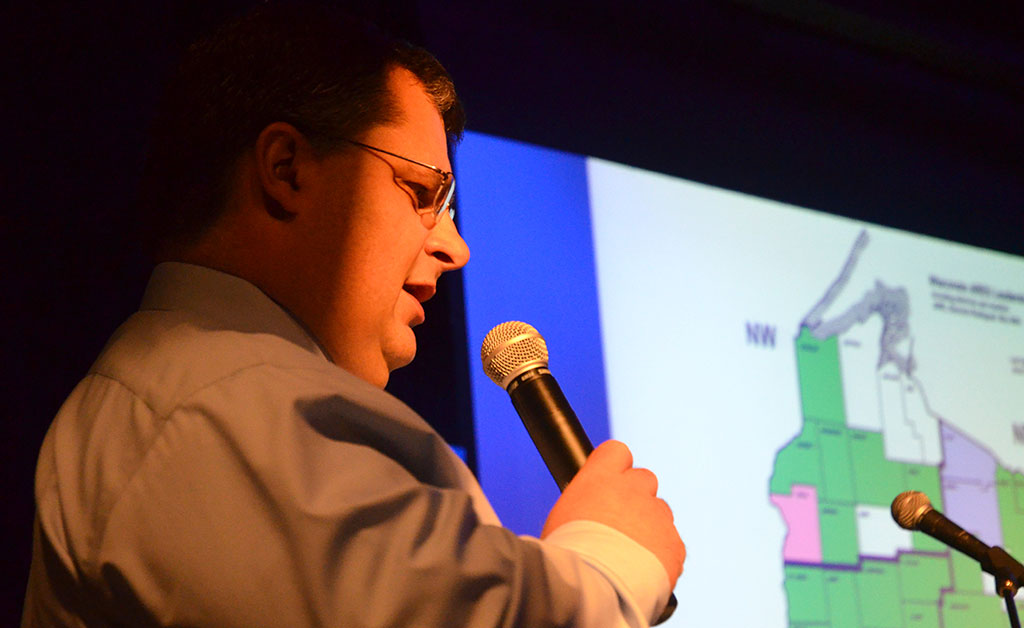 This year’s conference on October 19, 2013 was held at the McMillan Public Library in Wisconsin Rapids, WI. The all day event featured speakers from a variety of experiences: business, emergency management, and public safety. Plus we had demonstrations, education, breakout sessions, and even a little team building exercise. Of the 68 people that attended this years event, the content at this year’s confernce was well received and everyone left recharged and excited about emcomm. 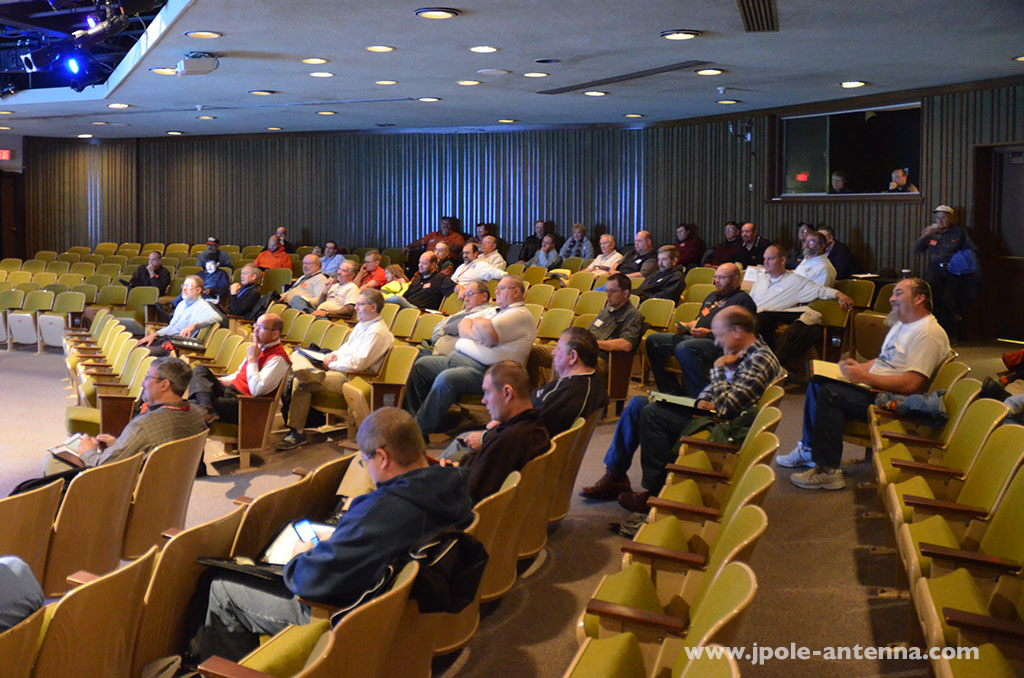 Always popular at the conference is the update by Bill Niemuth, KB9ENO on the status of the WECOMM repeater network. WECOMM, a non-profit organization created to develop a network of emergency communcication repeaters and support ARES/RACES activities in the state has almost achieved their primary objective of getting 7 of their proposed 10 repeaters on the air. These VHF repeaters have the ability to be linked and controlled via VOIP technolgies are available for general amateur radio use and public service and emergency communication when the need arises. Even with this level of coverage, there are still holes in the network. WECOMM is planning additional sites in Central and East Central Wisconsin to fill in these holes. As the buildout of the network continues, WECOMM will offer an ARES/RACES statewide monthly net starting on October 31st, at 7:00pm. 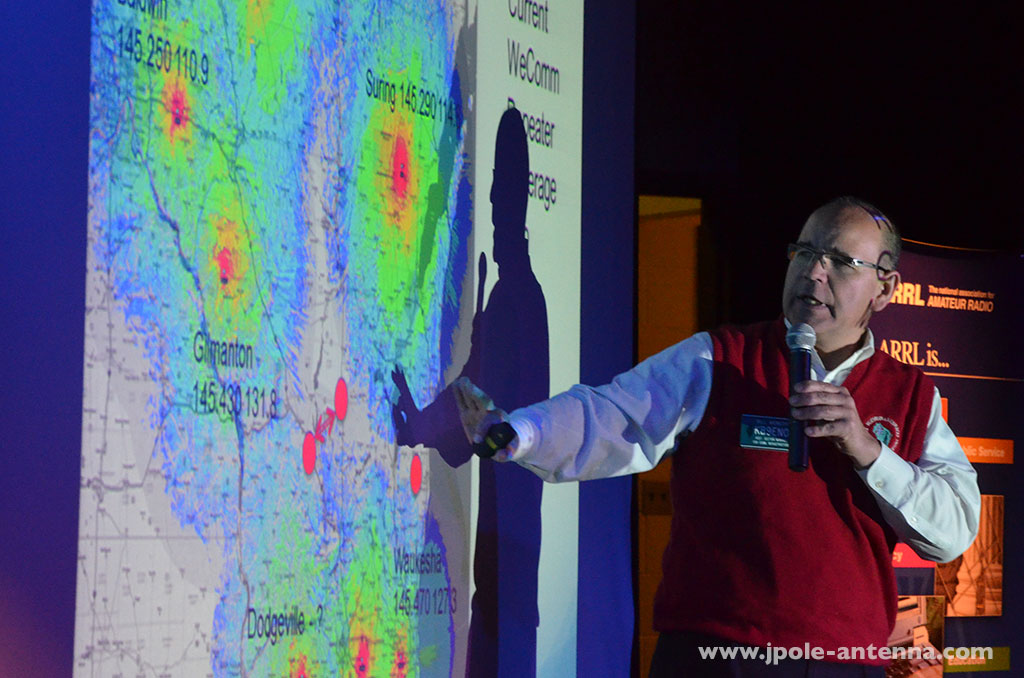 Our new SEC Mark Rasmussen, N9MEA likes to stir the pot, especially if those actions will benefit the ARES/RACES organization as a whole. One shortcoming in our state was the reporting of ARES events. Typically within the pages of QST you’ll see reports and numbers from ARES teams across the nation, but the activities from Wisconsin are notably absent. With that in mind, Mark is requiring that county ECs file FSD-157 and FSD-212 forms when they have an activition or event. In the long run this will help the leadership show the activity and utility of our ARES teams in the state, and hopefully receive the recognition they deserve. 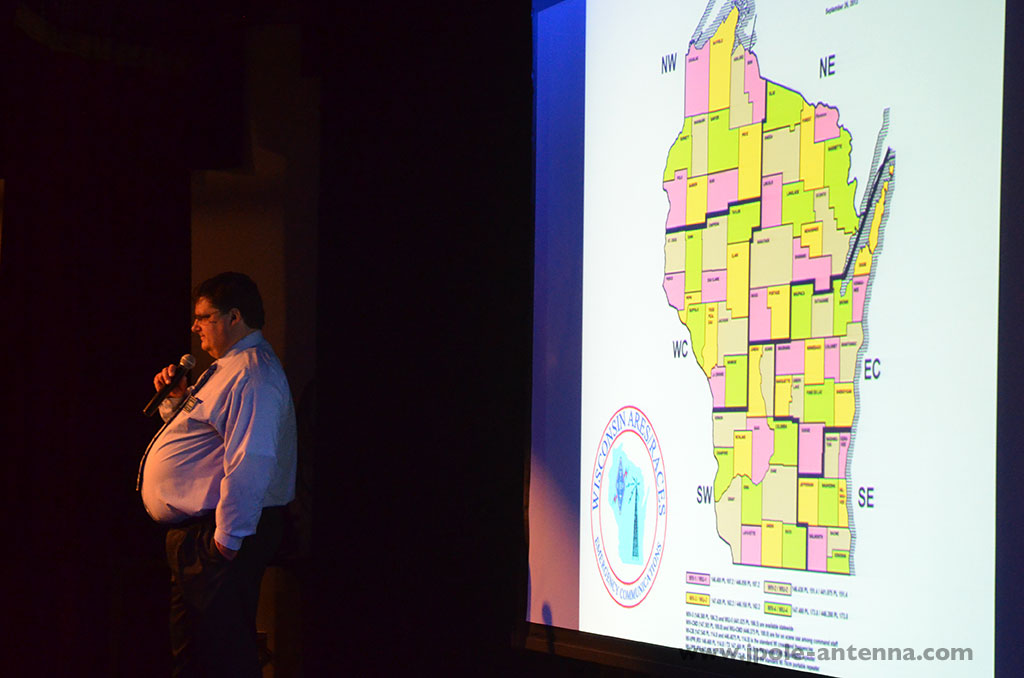 But not everything Mark is doing is controversial. Also announced is a new statewide simplex frequency plan. Five VHF and UHF frequencies will be used by every ARES team statewide, with careful consideration of allocation to avoid interference. All ARES members will also have these programmed in their radios, so in the event of a mutual aid activation, everyone will be on the same page frequency wise. This plan was tested in Northeast Wisconsin for several years and will now be rolled out statewide. General acceptance of this was very positive.

Other topics discussed included: a recap of last spring’s SIMCOMM event, building a relationship with your emergency manager, and radio frequency channel naming (watch for more on that in a future post). One interesting bit that was presented was from Gary Sorenson, W9ULK the Wisconsin Section Manager. Gary was fresh back from a meeting at ARRL League headquarters so he had some interesting facts to share about the ARRL’s ARES program. 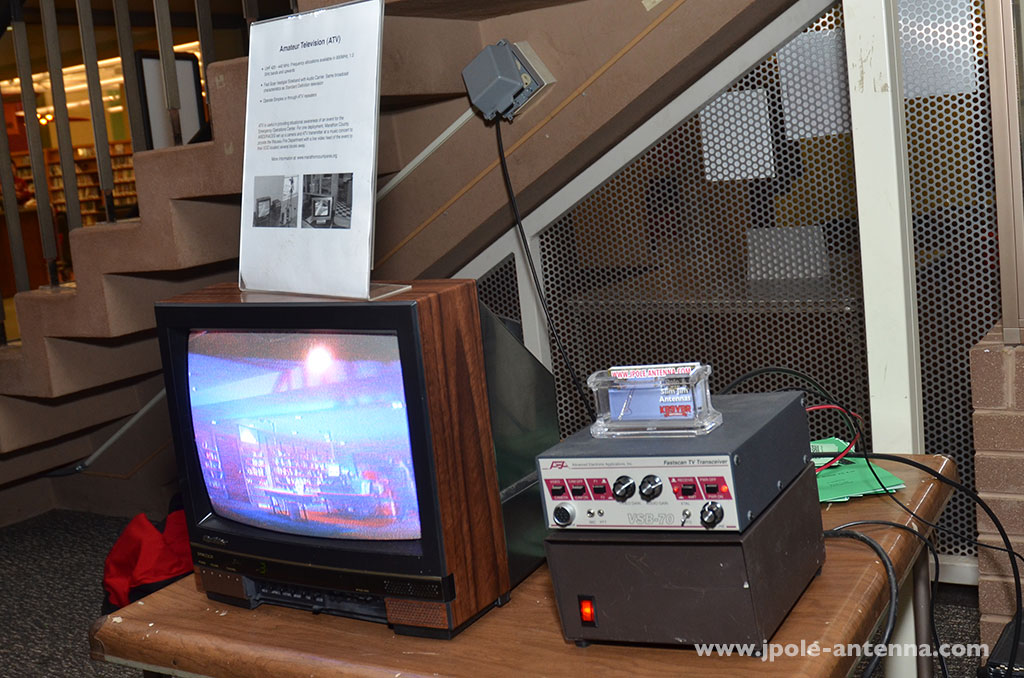 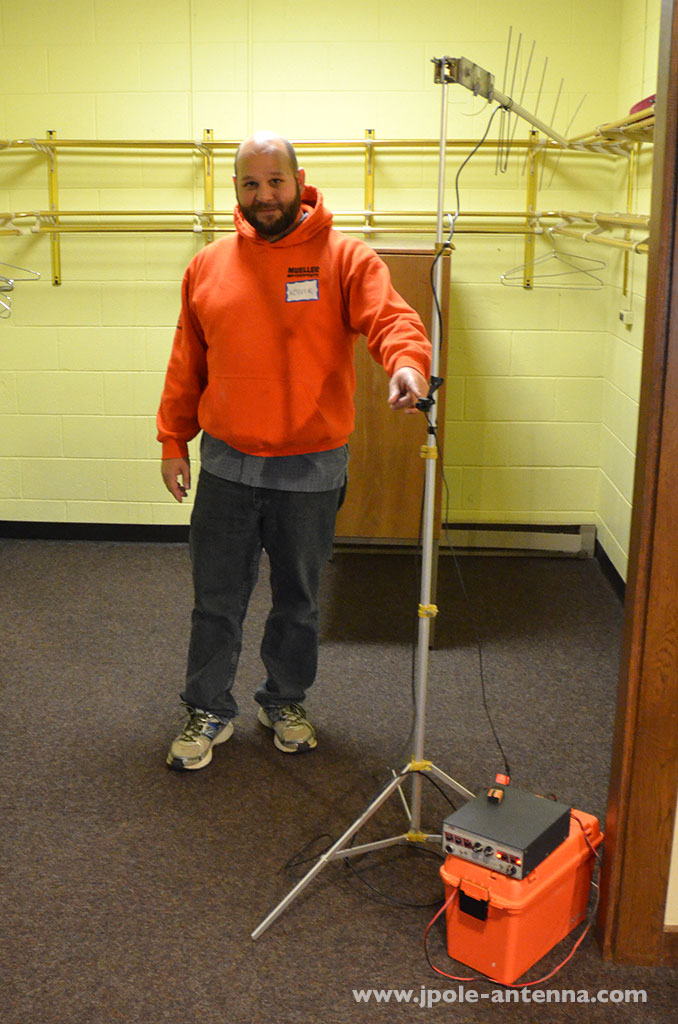 Of course I was an active participant of the event and at the request of Mark, N9MEA, I provided an amteur radio televsion (ATV) demonstration. Our ARES/RACES group has successfully used ATV to provide video feeds for our local emergency management and fire department as part of public service event communication. Served agencies really like the ability to receive live video feeds and amateur radio operators are uniquely positioned to provide that to them. My setup is pretty simple, consiting of two early 90’s vintage AEA VSB-70 transceivers, but my setup is more proof of concept that will eventually transform into a full ‘grab and go’ kit. 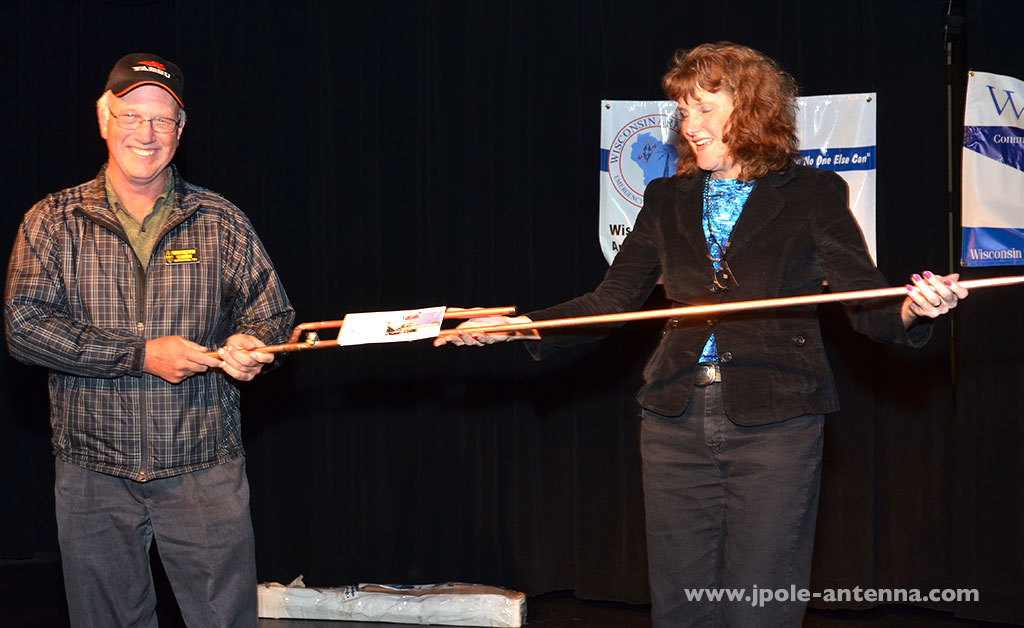 Finally, one of my KB9VBR 2 meter J-Pole antennas was provided as a door prize for the conference. Larry, WB9KMW of Appleton was the winner of the antenna. Congratulations Larry!

All in all, this year’s conference was very well received, and I was very grateful to be a part of this year’s event.